Very, very few people truly want to work, do they? After all, if you weren’t working, you could be doing something you’d find personally rewarding or even ‘fun’. Yet, work isn’t the opposite of fun, and—as you’ll see—work can be a lot of fun. Also, oddly enough, it appears in almost every game we play.

Can Work Be Fun?

The opposite of play is not work. It’s depression. We won’t trouble ourselves too much with what the opposite of work is—let’s keep to our point of study here. In fact, it may surprise you to learn that one of the elements of almost every game you play is actually work. There are six types of work commonly found in computer games and indeed other games (as defined by Janaki Kumar and Mario Herger in their book, Gamification at Work: Designing Engaging Business Software). When used in the right way, they can increase the fun to be found within games. Let’s take a look, shall we?

If you’ve ever played a first-person shooter such as Doom or Halo, you’ll know that the consequences for getting things wrong may include having your virtual brains blown out all over the virtual walks and walkways. The same is true in a racing simulator such as Need for Speed – driving a Porsche into a wall at 120 miles an hour doesn’t end up with happy consequences for the player.

This ability to participate in risky behaviour without any real risk to ourselves is fun. It’s work, but it’s not the kind of work we need to be paid for, either. Still, it’s also fast, exciting work. Were we to mimic what we got up to with that Porsche in real life, we’d discover pretty soon that the real-world translation of that behaviour would be a trip to the morgue, not the emergency room. 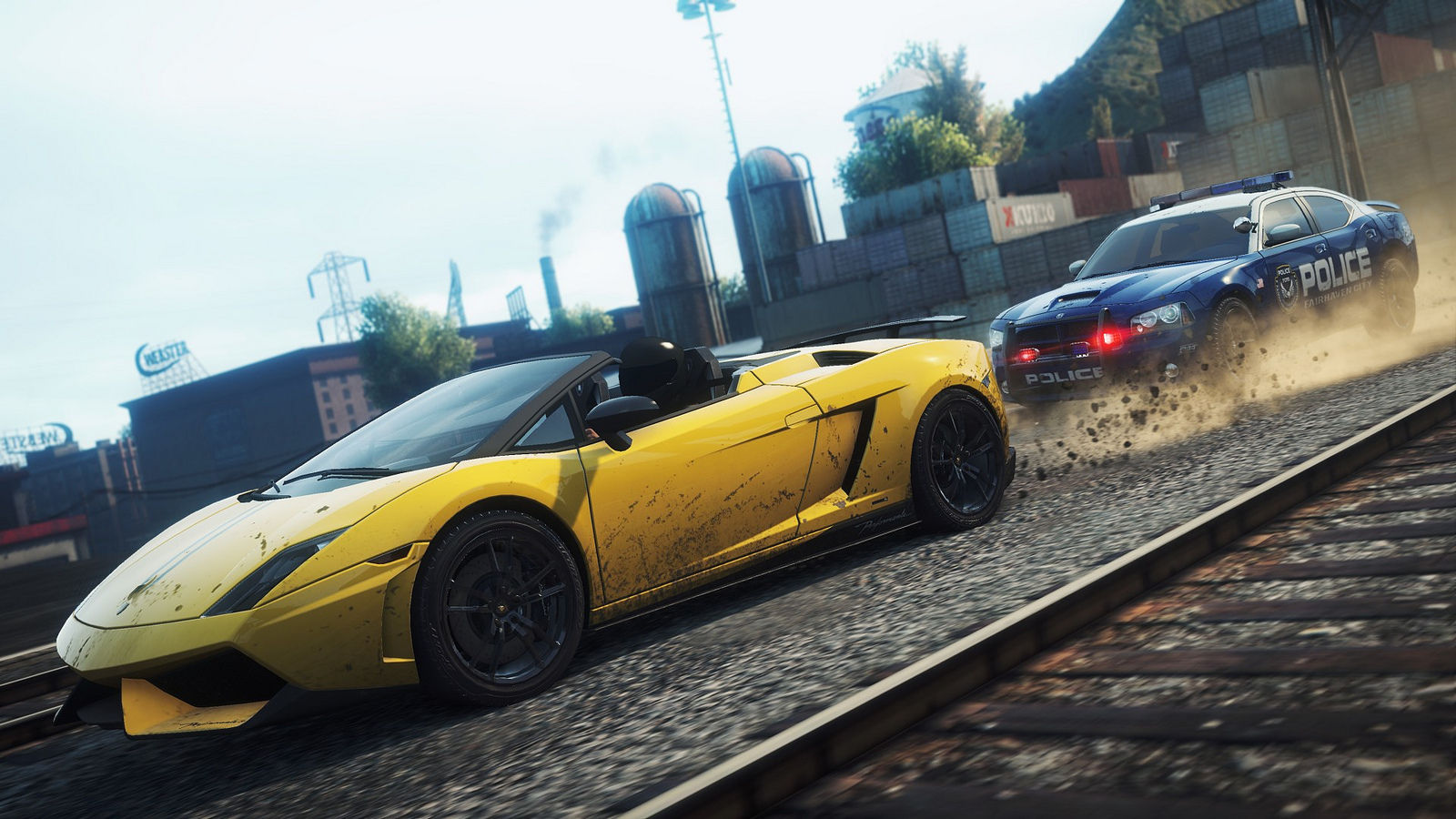 The Need for Speed lets us capture the thrills of driving fast cars and it’s a kind of work, too—high-stakes work.

Candy Crush, Farmville, etc. offer endless iterations of the same task. Such games keep our hands full and our attention grabbed even though the work involved is not productive or particularly unique. We do it because it’s better than doing nothing… Yes, people pass the time engrossed in these activities which some uncharitable types might brand as ‘meaningless’ or ‘wasteful’. That said, there’s no harm in them—some good, in fact, if people get friendlier with each other, even if it’s only to get an extra bushel of e-wheat.

From Scrabble Online to RTS (Real-Time Strategy) games such as Total War, there are plenty of ways for games to engage our grey matter. Most people get a certain thrill when they outsmart an opponent or demonstrate that they could have conquered the entire world (if they just had the right budget and 200 samurai). For example, in the justly celebrated Civilization series of games, you get to run a nation, the lands of conquered peoples, even a world, etc. If you were to be a real-life president of most of the world—or a despot lavished with loads of tribute—that occupation would carry a very high salary. So, even though you’re doing the job pro bono—i.e., as a volunteer—there’s something to be said for the ingenious design of a game that can make you commit endless hours to governing with only the joy of doing it as a reward.

It might not be something you’d immediately connect with video gaming, but, fair as fair is due here, the Nintendo Wii did encourage gamers to get out of their armchairs and start doing things. It became possible for people to play tennis, dance on a dance mat or even use the Wii Fit (a kind of exercise board) in a video game, and as people played these games, that lead to a rush of released endorphins. Endorphins are nature’s happy chemicals. Yes, they’re natural highs, and the more we have in our systems, the more fun we think we are having. 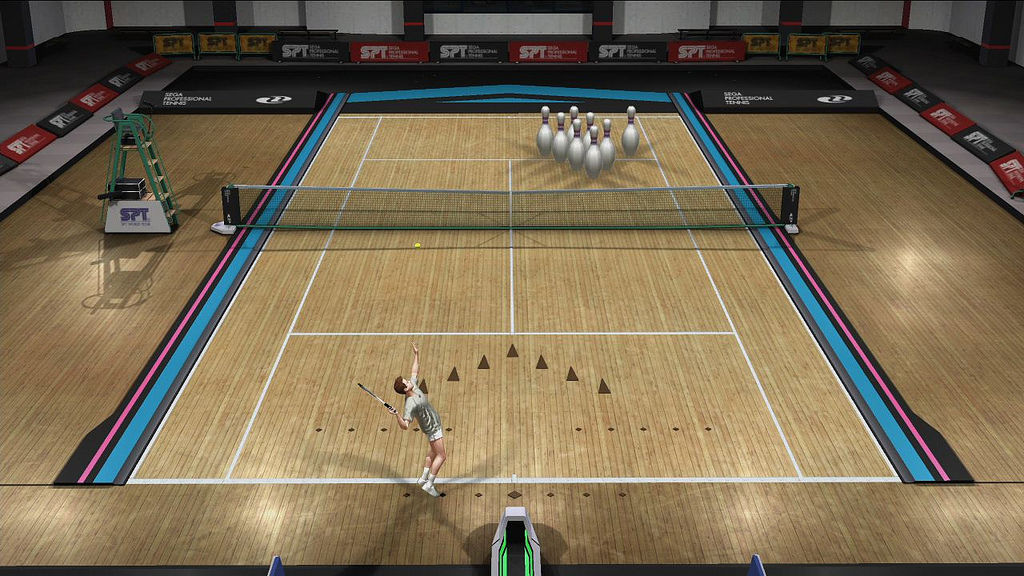 Many games focus on physical work such as tennis (above), football, rugby, etc. With increasingly sophisticated sensors in devices, the game play is a dead ringer for the real activity. Just be careful of wearing out the carpet with your golf shoes.

Discovering new things is cool. We enjoy finding out about things we didn’t know about before. Uncovering the whole map in World of Warcraft is an achievement in that game for a reason – people like to explore. Here again, Sid Meier’s Civilization taps a powerful vein—one way in which you get to uncover secrets of technology (such as code of laws, writing, pottery) is through your settler units’ finding old villages on their way to discovering uncharted regions.

Making our own decisions and jumping outside of boundaries is also fun. People play “real life” over and over again in The Sims. One might argue what is the point of ploughing valuable time into living someone else’s ‘life’ when life tends to be hectic enough. Still, the freedom to make choices they don’t have in their own real lives keeps the game compelling for these devoted players. Imagine winning the European Cup in Football with 11 goalkeepers on the field… you can try that in Championship Manager and see how it goes. These games provide parallel universes where players can access fantasy land and enjoy a kind of a safe haven or decompression chamber for decisions that might cause problems for them in real life, were they to act these out.

We do a lot of work in games, but that work doesn’t feel like work—because it’s fun to us. Harnessing these fun aspects of work can give your gamification project a big boost.

Football Manager offers the chance for creative work—something that managers of all kinds might be able to tap into.

Overall, keep in mind that the true acid test of an effective gamification exercise is seeing that it successfully prevents people from realising that, by playing, they are actually doing a fair amount of work. The reward of the playing is fun, regardless of how involved the game is. We may smile when we hear people complaining that they can’t get online to harvest their virtual crops in time to make the next sowing dovetail efficiently (a delay of even a few minutes between harvesting and resowing can be jarringly wasteful for some players), or that a day’s travelling by air keeps them from collecting their daily reward or mystery prize… or from trading those all-important resources with friends. In truth, the person with so dutiful a mind-set in gaming is likely to be as dutiful when clocking on at work.

Strange as it may sound, games involve work. It’s just work that we enjoy doing rather than work we resent doing. We’ve all found ourselves wishing that we could get out of work early on a Friday, but many of us, if given that time, will then throw ourselves happily into a different type of work as we play games. One difference may well be that the ‘game work’ is self-imposed, whereas ‘work work’ feels more enforced. Another difference may be that three hours of game work in our own time seems to evaporate quickly, while the same chunk of time stuck in an office, buried in work someone else has picked out for us to do, on a dreary Monday morning can drag slower than an aircraft carrier’s anchor on the sea bed.

These are important considerations for you as you dabble and become proficient in gamification design. Good gamification projects will help work feel less like work and more like fun, while still retaining all the work that needs to be done.

Join 309,952 designers who get useful UX tips from our newsletter.