Audrey Hepburn, the star of the silver screen, said, “The most important thing is to enjoy your life – to be happy – it’s all that matters.” The ultimate goal of games and gamification is to create happiness in the player. Let’s look at how all the elements of fun come together in a single game.

The final goal of games is a simple one; it’s to create happiness within the player. If players are happy, they are going to tell other people about the game. They’re going to point to the positive aspects of the game and remember them fondly. Whether by word of mouth or plastered on an Amazon review for all and sundry to see, that kind of happiness isn’t just good for the folks who feel it; it also helps good designs succeed.

The first “real” (as in non-text-based) game the author ever played was Manic Miner. It was an incredibly frustrating platform game in which you guided a little miner around an increasingly hazardous mine. You had a time limit on each level to get to the end, and you could die by walking into the wrong items in the game. To make matters worse – if you died three times, you had to start again. There were only 20 levels in Manic Miner, and each of them fitted on a single screen. 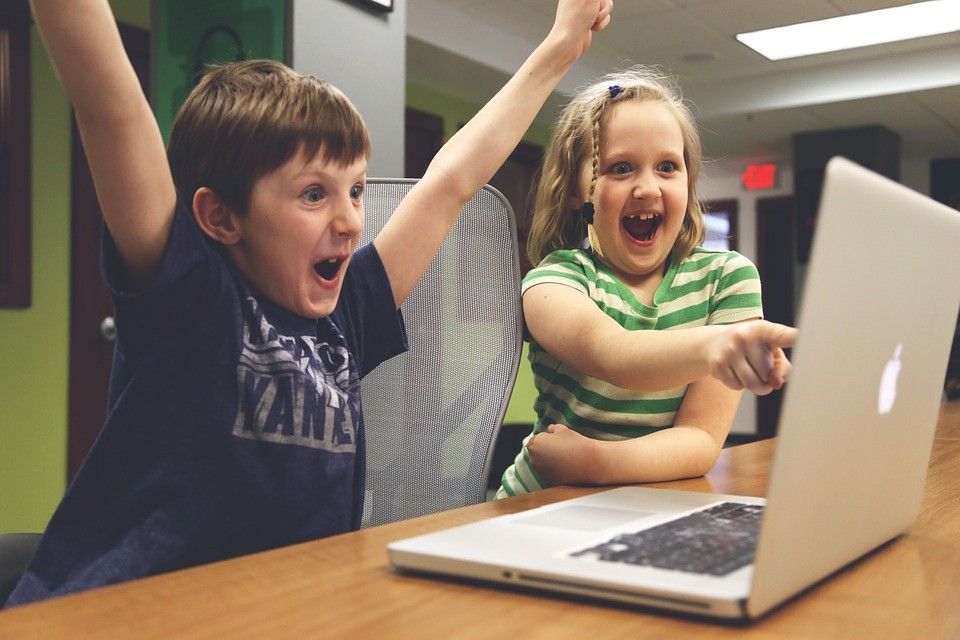 The best games bring out joy in the player, and it’s something we learn at a very young age.

The author played this game for months. He never did make it to Level 20. He kept getting killed on Level 17, over and over again. It doesn’t matter. That summer was one of the happiest of his life. It’s next to impossible to relate every aspect of what the early 1980s were like for those who were not there to sit cross-legged for hours on end, palms sweating streams over joysticks, straining their eyes at the chunky graphics of games that played on computers which had ridiculously less memory than a 1990s’ floppy disk. It was a brave new world: computer games were new and exciting. Cool arcade hits such as Scramble and Zaxxon, as well as hordes of ever-more sophisticated and different games, kept materialising in our high street shops. Instead of having to wait to ply a hotel bar-based arcade console with 25-peseta pieces whilst on summer holiday, you could have a whole library (pocket and paper-round money permitting) in a drawer in your bedroom. By 1983, the graphics had reached new levels, and Manic Miner was, for its time, the most cutting-edge game ever released.

Where did the author’s happiness come from?

Manic Miner hit every facet of perfect game making. It had a goal (get to the end of each level until you complete the last level). It had rules (you could walk or jump, left or right, and you couldn’t hit anything poisonous or dangerous without dying). It had feedback (you really knew when you were dead – a giant boot came out of the sky to stomp on your miner). It was a purely voluntary experience.

There were plenty of obstacles along the way, and the learning curve (once you got past level 5 or 6) was pretty steep. This kept the game challenging. Over time, you’d come to master a level and could almost complete it without even looking at the screen. 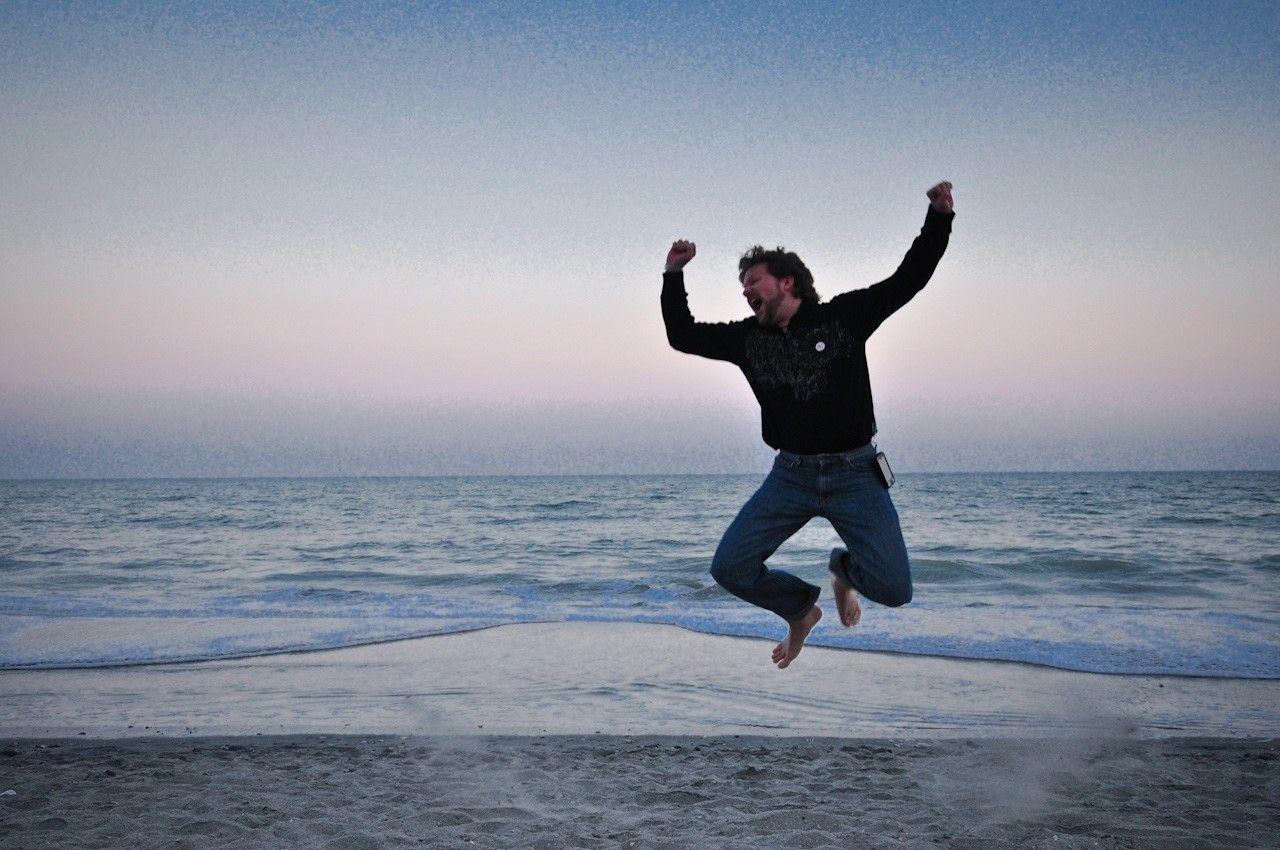 Celebrating an achievement is a sure sign of both having had fun and achieving ‘fiero’. You—yes, you—were skilled and awesome enough to get through to the next level: clap, clap, well done.

For all its primitiveness, looking back at it decades on, there was a touch of busywork, a touch of creative work, a touch of exploration work, a lot of mental work (the puzzles to get to the end of a level were challenging) and some high-stake work (the further you progressed, the more ‘painful’ it was to die for a third time and start again). Suffice it to say, in 1984 cheat codes just didn’t happen much for the home user, and that helped things stay real. You really were in it for the long haul, and what an experience that was.

The ‘fiero’ (pride) moments were there, too. Completing a level would involve sky punching, shouting and possibly (please don’t tell anyone else) a happy dance around the living room, too. It was a talking point in school the next day: “Have you got that far yet?” would be the challenge; your friends’ shaking heads would pour more ‘fiero’ over your own feat, never mind the point that you had been warned time and again at home about the power supply unit overheating and setting the house on fire (in the 1980s, PSUs as large as bricks could get very hot indeed from running on 240 volts in as little as an hour).

Manic Miner created the opposite of depression in its devoted players (like me); we felt confident that we could progress through the game (even if that confidence was misplaced in my case) because we could see ourselves making progress. We played for hours in a flurry of ecstatic activity. Having been pretending to be asleep, some kids would wait for parents to turn in for the night, giving it a safe extra hour before rising to turn the monitor back on with the volume all the way down (having twiddled the display controls so that the brightness and contrast wouldn’t flash lights under the bedroom door) and load the game. Cassette-based games could take a long time to load, thus upping the adrenalin levels, the anticipation, the challenge of playing late on a school night, undetected and actually getting past the level you got killed on when you were ordered to go to bed.

Manic Miner made the author happy, and that’s the core of a great gaming experience – it makes the player happy. That’s a very large part of why those legions of kids who made the hapless Willy jump, reach and dodge were prepared to lose sleep over it and come to school bleary-eyed the next day. While Willy wasn’t alone as an iconic ‘80s game character, he was one of the most prominent, featuring in versions produced for the Commodore 64 (and 16), the ZX Spectrum, Amiga, Amstrad, and a bevy of other computers whose parts you can find on eBay selling for, in some cases, quite a lot, such is the vintage market and the zeal involved in a retro gaming fetish. 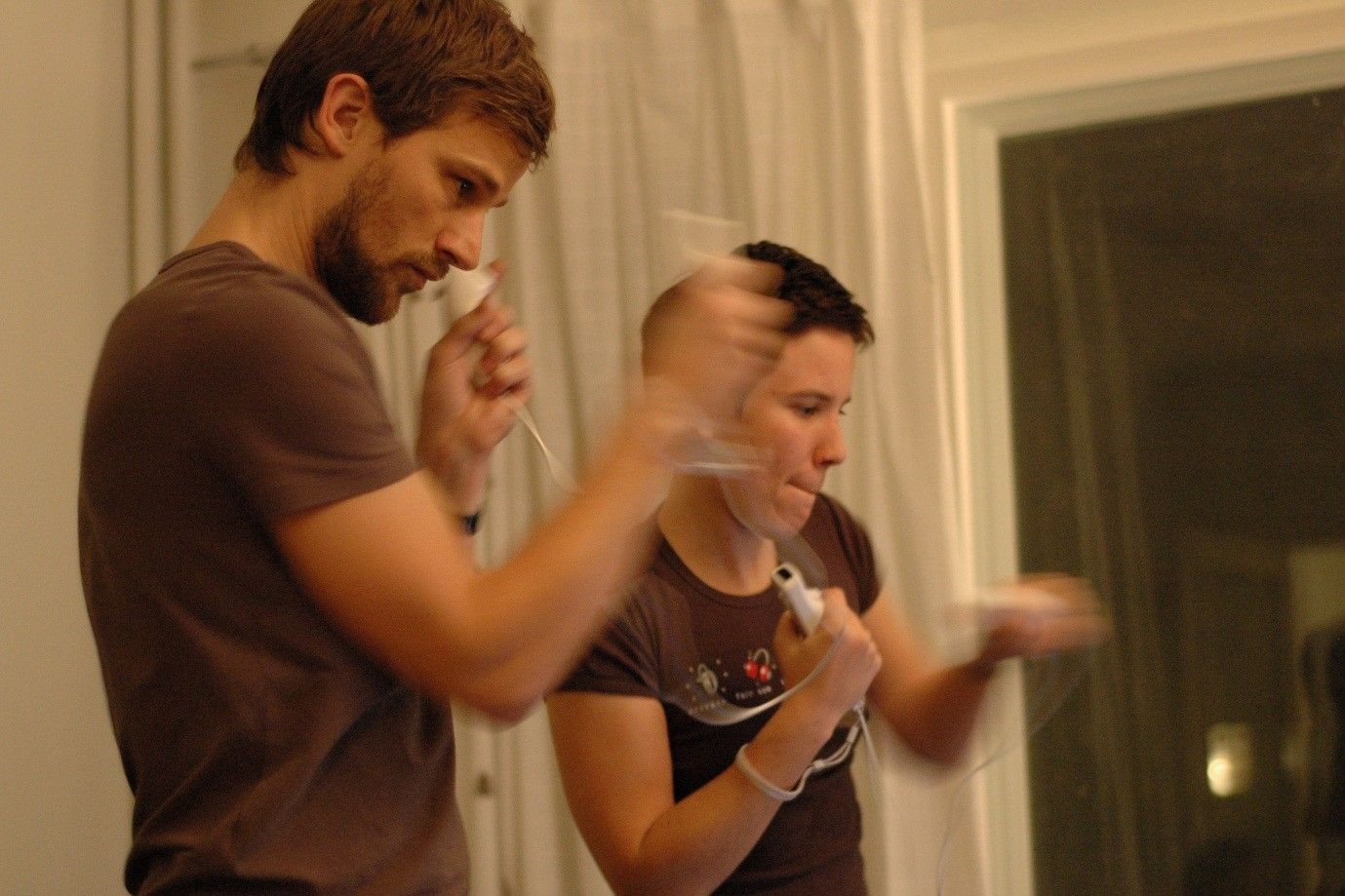 Games offer a mixture of work, fun and pride to deliver an engaging experience that we want to be a part of.

Lifehack contributor Kayla Matthews, in her article, “10 Reasons Why Adults Who Play Video Games Are Happier”, describes these exhaustively. Indeed, for example, video games offer escapism from the traditionally heavy adult responsibilities of mortgages, student loans and looking after kids. Wait, as we’re talking about kids again, let’s look at what she includes at the top of her list, in the category entitled, “They’re more connected to their inner child.”: “Few adults really get to do anything playful after work and family life set in, which makes it pretty understandable as to why so many American adults are depressed and bored with life”.

“Unlike adults who don’t play video games, however, gaming adults have a daily chance to engage in playful behavior, similarly to how many of us used to play when we were younger. This stronger connection to your inner child can help you be happier and enjoy life more fully.”

There is no higher objective than making someone happy; games make us happy when they tick all the right boxes to be good games. A game can have a seemingly endless arsenal of features, but if the designer hasn’t worked in the magic formula, he’ll be in for an epic user fail.

Casting our minds back to our childhoods is like conjuring a powerful ally here. For those of us of a certain vintage, this includes the privilege of having been of age to have witnessed and savoured the fledgling years of home computing, when programmers managed to engineer happiness using comparatively nonexistent resources. That said, the principle holds regardless of era. Being in touch with this dynamic of happiness—and your inner child in this respect—will serve you well. If you can create happiness either in games or in gamification – you can tap into what users/players really want and deliver high value products that keep people engaged.

Perception and Memory in HCI and UX

Join 308,754 designers who get useful UX tips from our newsletter.

Work in Games
Very, very few people truly want to work, do they? After all, if you weren’t working, you could be doing something you’d
Read