The Five Languages or Dimensions of Interaction Design

Since the first product was designed, people have been practicing interaction design; not necessarily in name, but the activities and thought processes have remained largely the same. Interaction design is, to put things simply, the act of designing products that people will eventually interact with. As a result, there are a huge number of human considerations that guide designers, whether they refer to themselves as Interaction Designers, User Experience designers, Usability engineers, and so on.

Bill Moggridge, designer of the first laptop computer, pioneer of Interaction Design as a discipline, and author of Designing Interactions, is credited with co-coining the term interaction design with Bill Verplank, HCI-focussed designer and researcher, in the mid-1980s. Since the practices and activities of interaction design were pulled under this umbrella title, there have been slow and incremental steps to developing a vocabulary specific to this area of expertise. 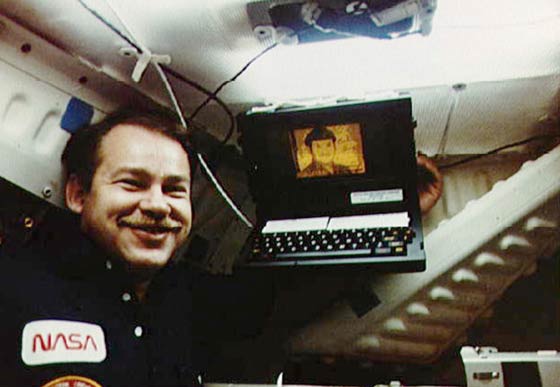 "Interaction design is still in the equivalent of the early stages of cinema. As yet, we have no fully developed language unique to interactive technology. So we are still drawing on the language of previous creative modes. It may help to categorise these languages according to their "dimensions": 1-D, 2-D, 3-D and 4-D”.

Crampton-Smith’s dimensions refer to the language we use to communicate with users, as opposed to how we communicate ideas within the design process (however, they also have their place in the sharing and dissemination of ideas in this respect).

The four dimensions of language in interaction design were outlined as follows:

1D Words – This dimension represents the semantics, or meaning, and the nature of a user’s interactions. Words are powerful, as we are capable of processing them quickly, implicitly and yet they influence us profoundly. A single word carries considerable meaning, and words are open to interpretation. For this reason, the terminology we use must be familiar to our intended users, accurately represent the actions they denote, conveyed in a tone that is appropriate for the setting, and used consistently throughout the product.

2D Visual Representations – This dimension refers to the elements that are not words within a product, such as the typography, diagrams, icons, and other graphics. These elements are no less powerful than words, as we are capable of processing imagery just as quickly and extracting meaning within a split second. 2D visual representations are now commonplace in user interfaces, and we have already stored thousands of these elements in long-term memory, which allows us to interpret displays – when the design permits – immediately to the benefit of user experience. Four examples where 2D visual representations have been employed are: icons, foreground/background colour distinctions, borders, and the use of visual hierarchies.

3D Physical Objects or Space – The tangible means of control, such as a computer keyboard, mouse, touchscreen, joystick, games controller, and keypad. 1D words, 2D visual representations, and 3D physical objects define the user’s interactions; providing with the tools and perceptible feedback to guide their actions and enable goal-completion.

4D Time - The time in which the user interacts with and makes use of the first three dimensions, and, for example, where they are able to check the progress of these interactions. 4D Time also encompasses sound, film and animation, each representing another means of conveying information and enhancing the user experience in turn.

Kevin Silver, senior interaction designer at IDEXX Laboratories, added a fifth dimension in What Puts the Design in Interaction Design, which is:

5D Behaviour – This dimension includes “...action, or operation, and presentation, or reaction”. Silver expands on the notion of a fifth Interaction Design language dimension,

“presentation is multi-dimensional, though it is mostly visual. It can also take the form of a vibration, a tone or occur over time like music, video, or animation”. 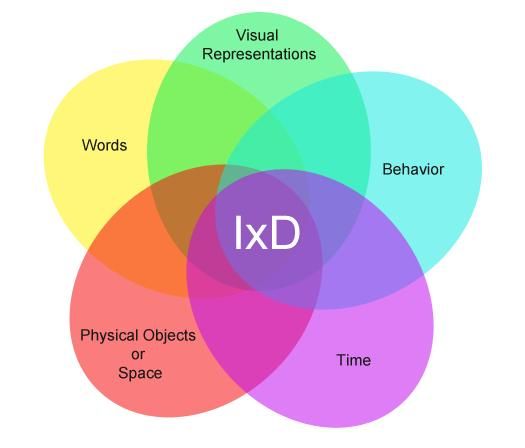 Products and services are how designers communicate with their users. The better the design, the easier it is to understand what the designer is trying to tell the user. If we want the user to click on the ‘sign-in’ button, we need to communicate this to them with the tools we have at our disposal, which are the five dimensions of interaction design language. When our words are poorly chosen, our images, icons, and styles easily misinterpreted, the tangible interactive devices ill-fitting for the task at hand, the user’s time cut short, or their behaviour negatively affected, user experience suffers and so does the prospect of continued use. Make sure to consider the five dimensions in your products, as they offer you the capacity to communicate, both succinctly and powerfully, with other people, not just ‘users’.

Join 308,566 designers who get useful UX tips from our newsletter.