What is Visual Hierarchy?

Visual hierarchy is the principle of arranging elements to show their order of importance. Designers structure visual characteristics—e.g., menu icons—so users can understand information easily. By laying out elements logically and strategically, designers influence users’ perceptions and guide them to desired actions.

“Visual hierarchy controls the delivery of the experience. If you have a hard time figuring out where to look on a page, it’s more than likely that its layout is missing a clear visual hierarchy.”

See why a good visual hierarchy is vital.

Hierarchy is a visual design principle which designers use to show the importance of each page/screen’s contents by manipulating these characteristics:

In user interface (UI) design, an effective visual hierarchy helps inform, impress and persuade users, who have expectations – especially about an interface’s appearance. So, for a website, app or related product to succeed, it’s crucial to structure its pages or screens to minimize users’ uncertainty, show maximum empathy with them and give them something pleasant to view.

Font size and style is one way to establish hierarchy.

How to Craft a Strong Visual Hierarchy

A strong visual hierarchy leads users to a page/screen’s functionality and gives them the right visual cues. You’ll need user research to learn about your users, but here are some general facts:

Considering these, you can help envision how to show users the most important things as they try to achieve goals in their individual contexts. Then, you can choose and scale elements to make the most important information prominent—and unmissable—for users as they go from task to task. These points are especially valuable:

Design guidelines suggest a ratio of 3:1 for headers to body text size. 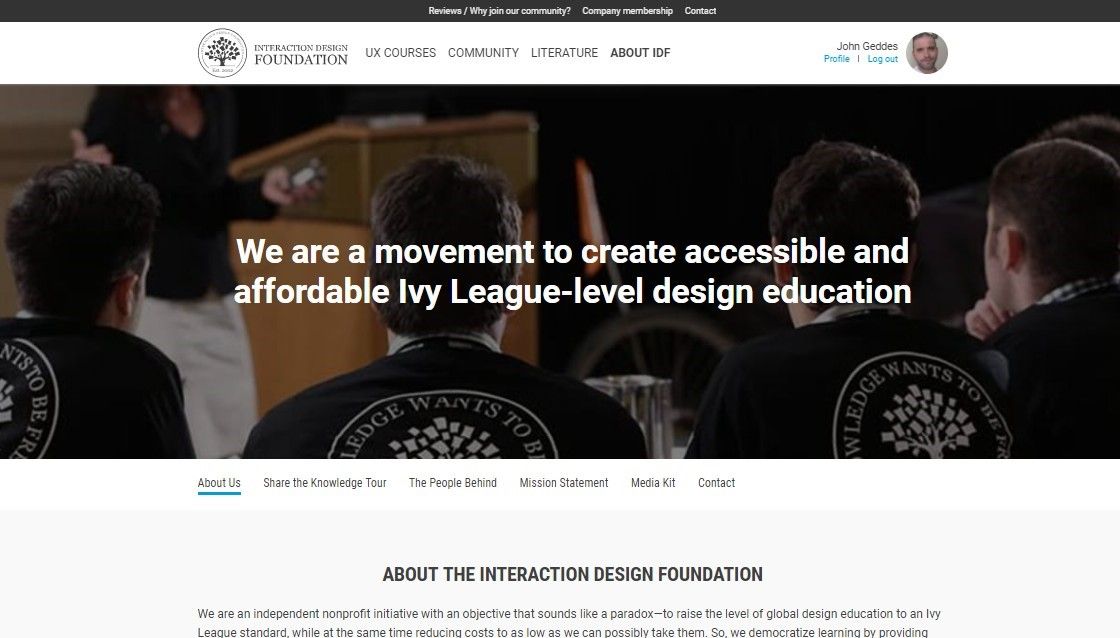 Our ‘About’ page exemplifies good visual hierarchy, including whitespace use.

Things to Watch regarding Visual Hierarchy

Here are some key considerations for optimizing your visual hierarchy for users:

Overall, remember your design’s visual hierarchy is the structure for arranging well-chosen elements that must look and work best together – so users can enjoy seamless experiences and forget they’re using an interface as a medium. 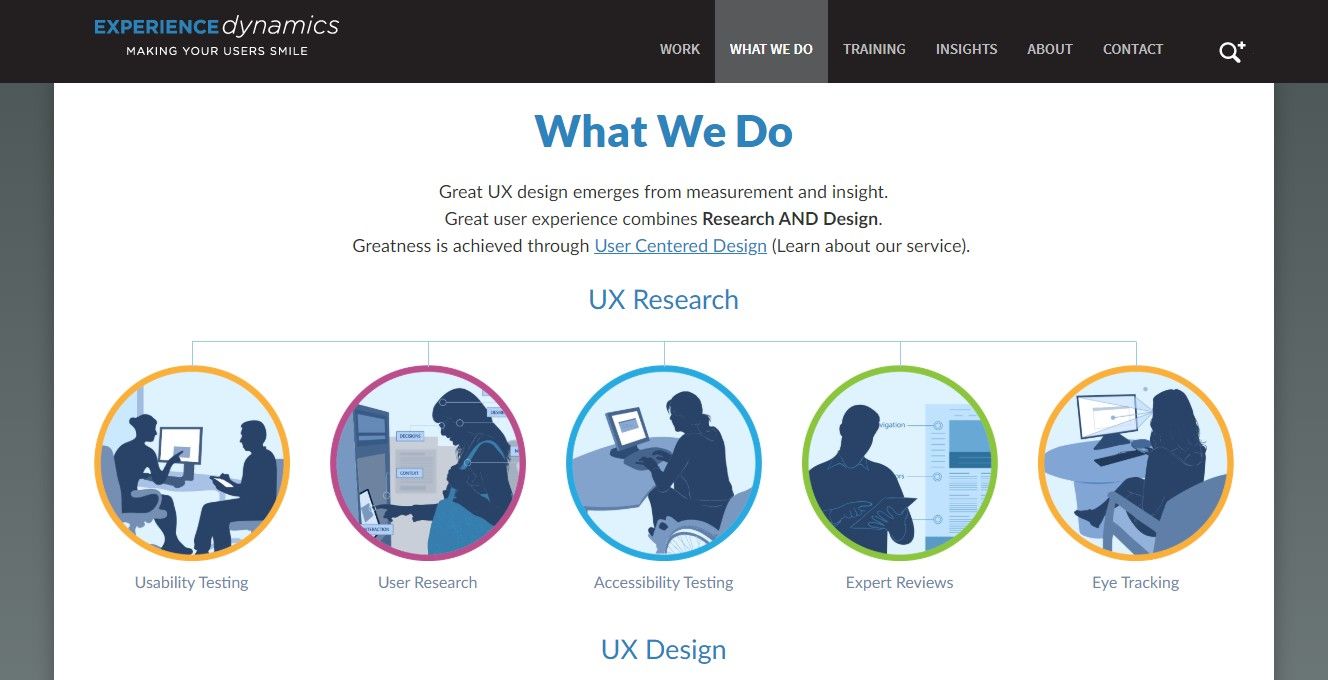 On Experience Dynamics’ easy-on-the-eye webpage, the circled images are given equal importance in size.

This Adobe Xd Ideas piece showcases a wealth of insights and examples: https://xd.adobe.com/ideas/process/information-architecture/visual-hierarchy-principles-examples/

Here’s the entire UX literature on Visual Hierarchy by the Interaction Design Foundation, collated in one place: 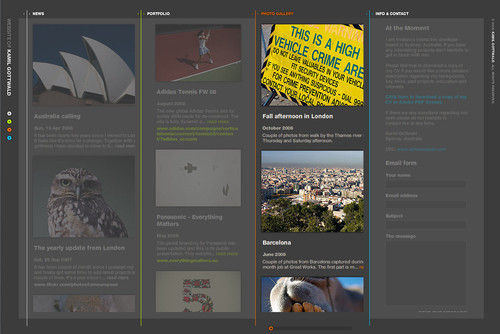 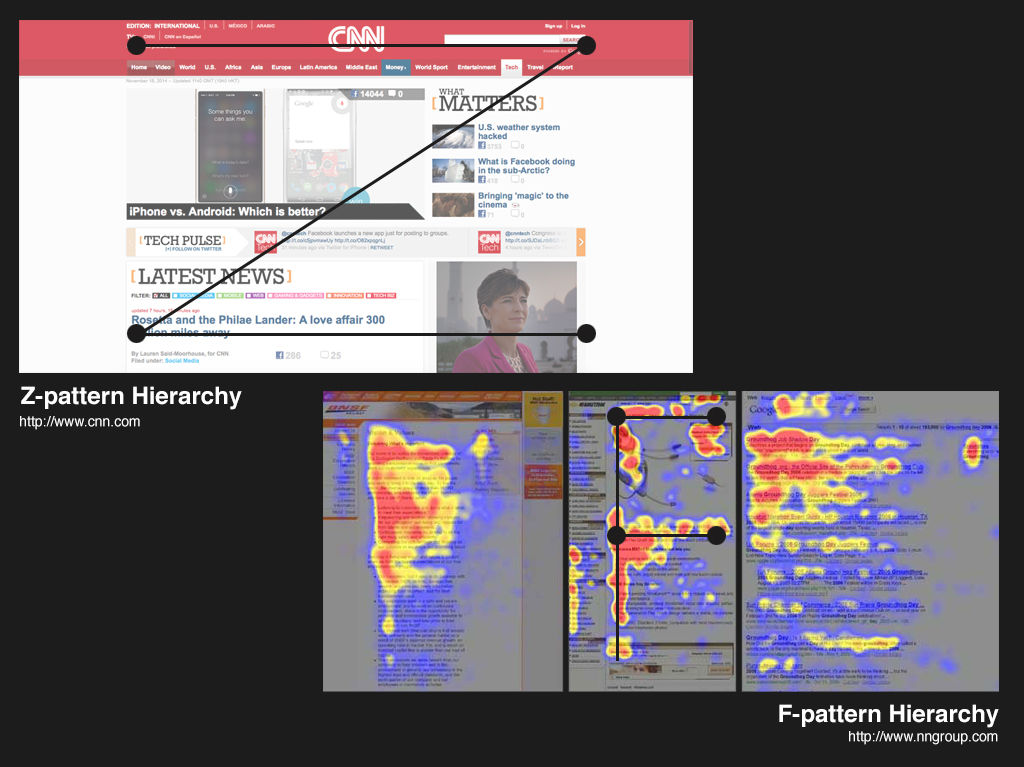 It’s important to understand how your audience processes information before adopting a hierarchy pattern. As this lesson is in English, we’ve included two common left-to-right patterns here: 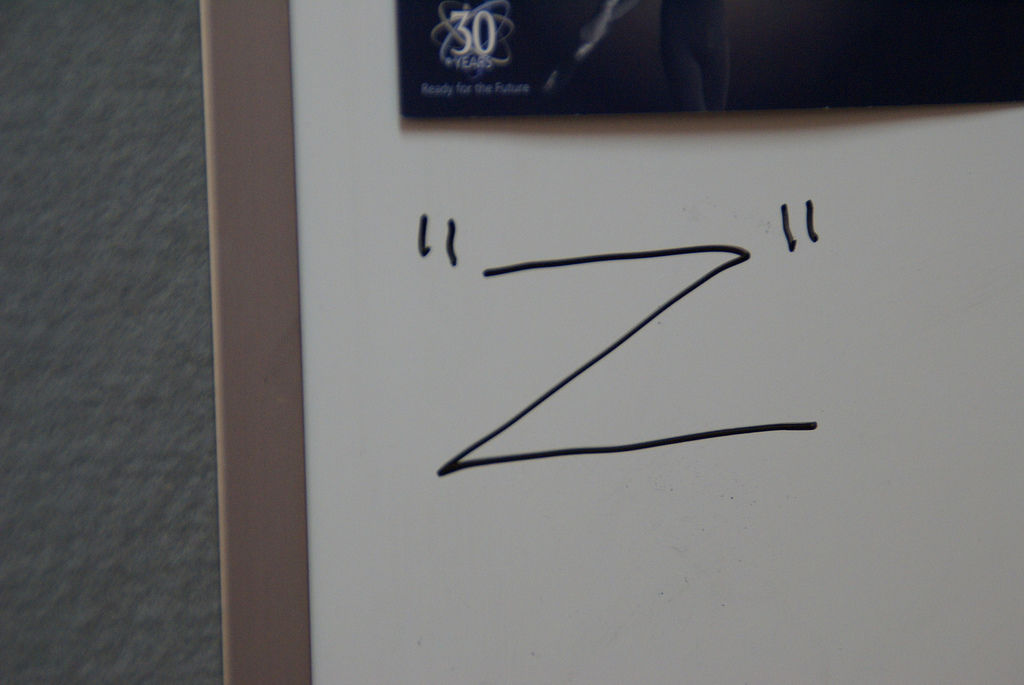 Take a deep dive into Visual Hierarchy with our course The Ultimate Guide to Visual Perception and Design .