There are many different conceptual models of the brain. It’s important to note that many of them lack any scientific basis – this does not, however, negate the fundamental importance of these models. They are not there to “prove” anything but rather to stimulate creative thought as to how designers (and others) may offer all round stimulation of the mind and create better experiences for it. 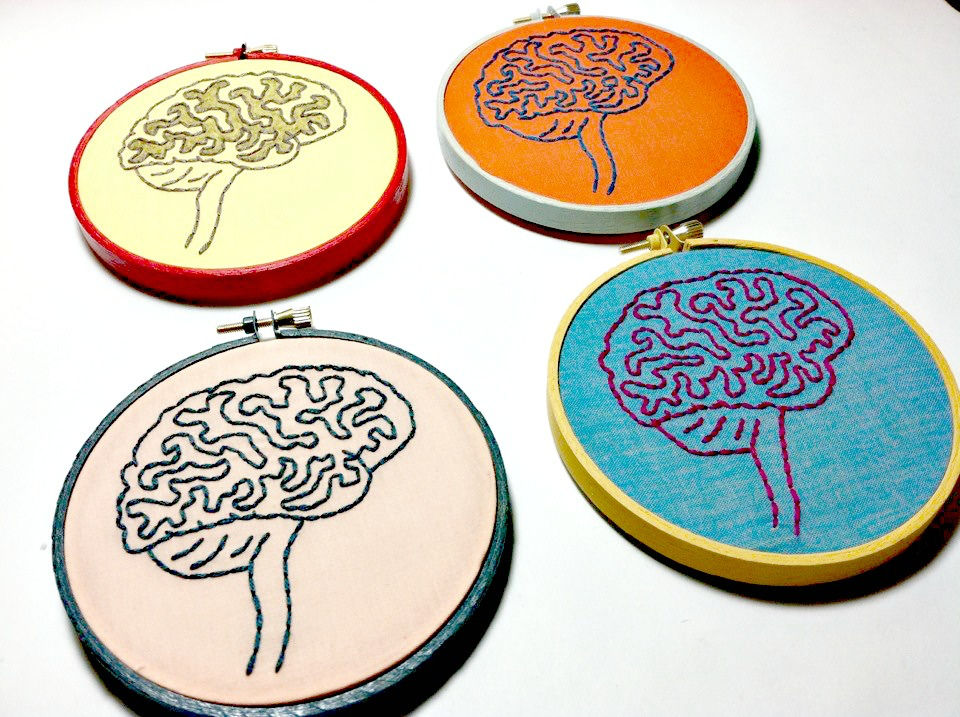 The three most commonly used models of the brain are the left-brain, right brain model, the triune brain model and the system 1, system 2 model. Despite their dubious scientific basis they are still invaluable tools for designers; not as defined ways for the brain to work but rather to contemplate which parts of the psyche we are trying to communicate with and to see if our communications are fully inclusive or intentionally slanted.

The theory comes from the work of Roger W Sperry, the Nobel Prize Winner, his research into epilepsy showed that separating the two hemispheres of the brain would reduce the instance of epileptic fits. However, a side effect was that it appeared that the communication pathways of the brain were also affected by this with patients discovering that they could use words processed by one side of the brain but not by the other.

Thus the conclusion that logic and language are mainly on the left of the brain and visual and spatial information are dealt with on the right. 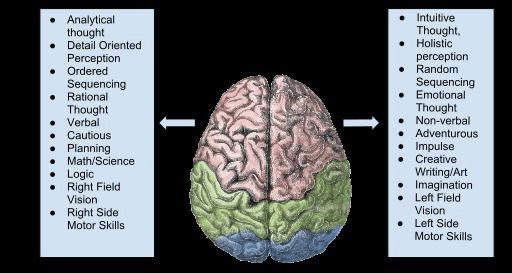 It’s worth noting that current research shows the brain works best in cooperation between the hemispheres. There’s no absolute hemisphere for one kind of processing over another.

According to the model right brain people are better at:

And left brain people are better at:

In design it’s helpful to know which group we are catering to with content or design so that we compensate in other places to cater to the other group.

The triune brain model was first proposed in the 1960s by American physician and neuroscientist Paul D. MacLean and based on research conducted earlier in the century. It was intended to describe the evolution of the mammalian brain but has since been criticized for being over-simplified and possibly inaccurate in several means.

The idea is that the brain is split into three parts the lizard brain, the mammal brain and the human brain.

The lizard brain (or reptilian complex) is supposed to be the most basic core of the brain the one that evolved first. It’s said to handle the core of our fight or flight mechanism and to operate on autopilot. In design the ability to communicate with this part of the brain is supposed to enable automated decision making.

The mammal brain (or more properly the paleomammalian complex) evolved next. It is the limbic system of the brain. It handles emotions, memories and habits and influences our decision making at both a conscious and sub-conscious level. Designers should, theoretically, be able to appeal to this level of the brain to get users to make decisions which they will justify later. 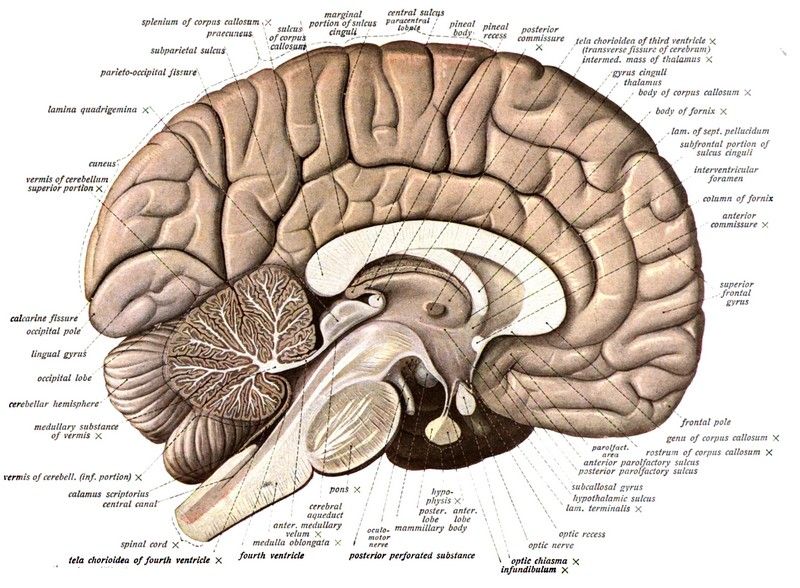 The human brain (or again more properly the neomammalian complex) is the final step of the evolutionary process. It is found in the neocortex and deals with language, abstract thought, imagination and conscious thought. Its purpose is to reason and to rationalize. The ideal situation for designers is to speak to the two lower forms of brain and have the higher brain rationalize the decision taken by those forms.

This model, while flawed, has become very useful in emotional design and user experience design. The ability to communicate with the user at a level below the conscious can be used to drive experiences and useful decisions.

This model of the brain comes from the 2011 Nobel Memorial Prize in Economics winner Daniel Kahneman. It’s based on research which was conducted over many years. It began with his work in cognitive bias, then prospect theory and finally happiness theory.

The idea is simple. He proposes that there are two systems which people think using. System 1 and System 2. These systems were derived through a series of experiments conducted throughout Kahneman’s research.

System 1 is a fast, instinctive and emotional system.

System 2 is slower, more logical and deliberate than System 1.

These systems are linked to a series of cognitive biases:

Kahneman’s model is the only model in this article which is not yet disputed by other scientists. This may be because it is a relatively recent model or it may be that it will be shown to be accurate in the long-term.

Designers that understand how to tap into cognitive biases can help improve user experiences and business outcomes through those experiences.

Whether these models are accurate or not doesn’t matter to the designer. The important thing is that the designer has considered whether their work is appealing to the widest possible cross-section of their audience and that means tapping into the right and left brain, all parts of the triune brain and both systems too.

For a nice look at the right brain, left brain model check this page out - http://psychology.about.com/od/cognitivepsychology/a/left-brain-right-brain.htm

For a detailed insight into why the model isn’t factually correct the Guardian offers this - http://www.theguardian.com/commentisfree/2013/nov/16/left-right-brain-distinction-myth

For a more scientific explanation of the triune model look here - https://en.wikipedia.org/wiki/Triune_brain

For another description of the triune brain in more basic terms with some pop-psychology thrown in check this out - http://energeticsinstitute.com.au/triune-brain-evolutionary-design/

Join 293,677 designers who get useful UX tips from our newsletter.