What is Prospect Theory?

In economic theory it was once considered that all economic decisions were made on a rational basis based on choice between two (or sometimes more) economic values. However, behavioral economics has discovered that in fact that people generally do not behave rationally and that they may make poor economic decisions on value because of this. Prospect theory describes the way people choose between different value outcomes when there is a measure of risk involved in those outcomes.

Here’s the entire UX literature on Prospect Theory by the Interaction Design Foundation, collated in one place:

Economists once assumed that every actor in an economic system would be rational. That people would calculate the value of what they had and what they could have in the future accurately and that they would make their decisions based on that calculation. Unfortunately, in practice this was rarely the case – in fact traditional economic models and reality rarely aligned. 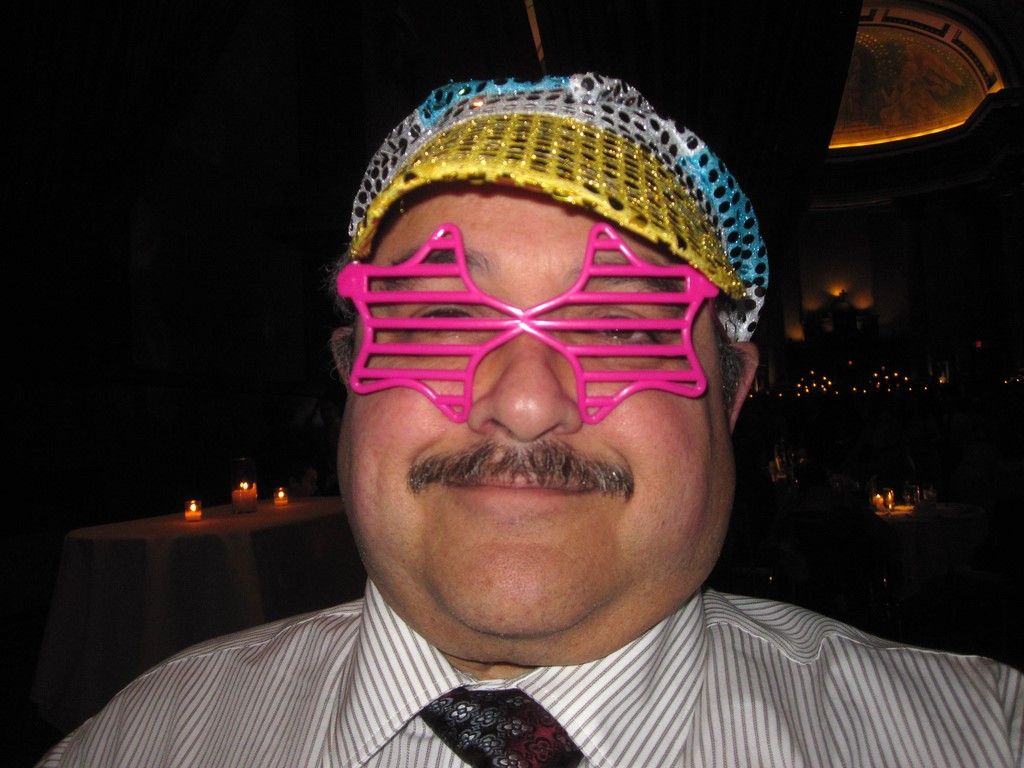 The issue was that people are not actually rational; as you can see from the image above. That many decisions are driven by learned behaviors and that while those behaviors may work in our favor at times – much of the time they do not. The Nobel Prize winning economist Daniel Kahneman has spent the last decades studying this irrationality of behavior and examining why we don’t make decisions that are always in our best interests.

In the paper; “Prospect Theory: An Analysis of Decision Under Risk” (published in 1979) Daniel Kahneman and Amos Tversky examined how people make decisions when there is some risk involved with the final result of that decision. 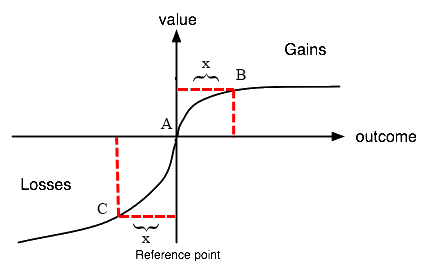 Their research was triggered by the observation that in certain circumstances people display risk-aversion and in others they pursue risk-seeking behavior.

Classic economics assumes that people are good at calculating the risks of something happening and thus will make logical choices. It also assumes that loss and gain are equal to us; so that we will be as happy to win $50 in a lottery as we will be unhappy to have lost $50 when a gust of wind pulls it from our hands never to be seen again.

Prospect theory disagrees with these concepts. It assumes that people are terrible at calculating risks (and this is to a large extent true – particularly when “risk” is often expressed in ways that many people do not understand in the first place) and that we feel more pain over loss than we feel joy over the gain of something.

What prospect theory then concludes is that we make decisions based on an internal set of heuristics (“rules of thumb”) and that we measure outcomes not against their probability but against the reference points set by our internal set of heuristics. We take this reference point and decide that if something lesser than that happens it will be “a loss” and if something greater than that happens it will be a “gain”.

It is these heuristics which then enable the decision making process. Once the decision has been made; the actor (if questioned about it) will attempt to rationalize that decision. They will behave as though they calculated the odds of an outcome and that they chose the path with the better outcome.

This is a conflict between what people say they do and what they actually do. This is something that UX researchers will be intimately familiar with by this point. 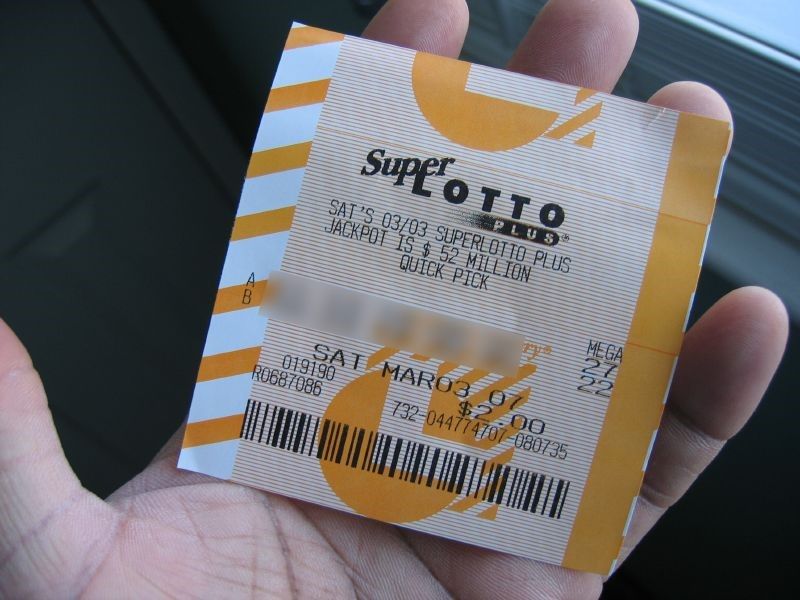 This is all well and good, you say, but so what? How is this applicable to design work?

Well, prospect theory has a practical application. It is derived through some fairly complex mathematics (which you can find in Kahneman and Tversky’s paper at the link at the bottom of this article) but it boils down to the idea that there is a four-fold pattern of attitude towards risk.

Imagine, if you will, that you are involved in an insurance dispute and that you are given some choices by your lawyer regarding the outcome of the dispute and that your lawyer, being a clever person (as, of course, any lawyer you selected would be) can give you an accurate summation of the odds involved in each decision that you make. Unfortunately, your lawyer (even though they are gifted) is unaware of prospect theory and so they present the hard data without explaining it very well.

The behavior you are likely to exhibit regarding each choice presented is summarized in this table:

What you should notice is that all these outcomes are illogical. When we should take risks, we shy away from them and when we should avoid risk, we jump right in and take the risk.

This matters to designers in two ways. The first is that when we make decisions about what products to support for design projects we may be making flawed decisions based on our perception of risk rather than the actual risks involved. The second is that we can influence the adoption of a product by framing the risk involved in adoption in a certain way to trigger risk-seeking rather than risk-adverse behaviors.

Note: There is a limit to the kind of risk you want to encourage users to take – we don’t recommend trying to persuade them to do something like this… 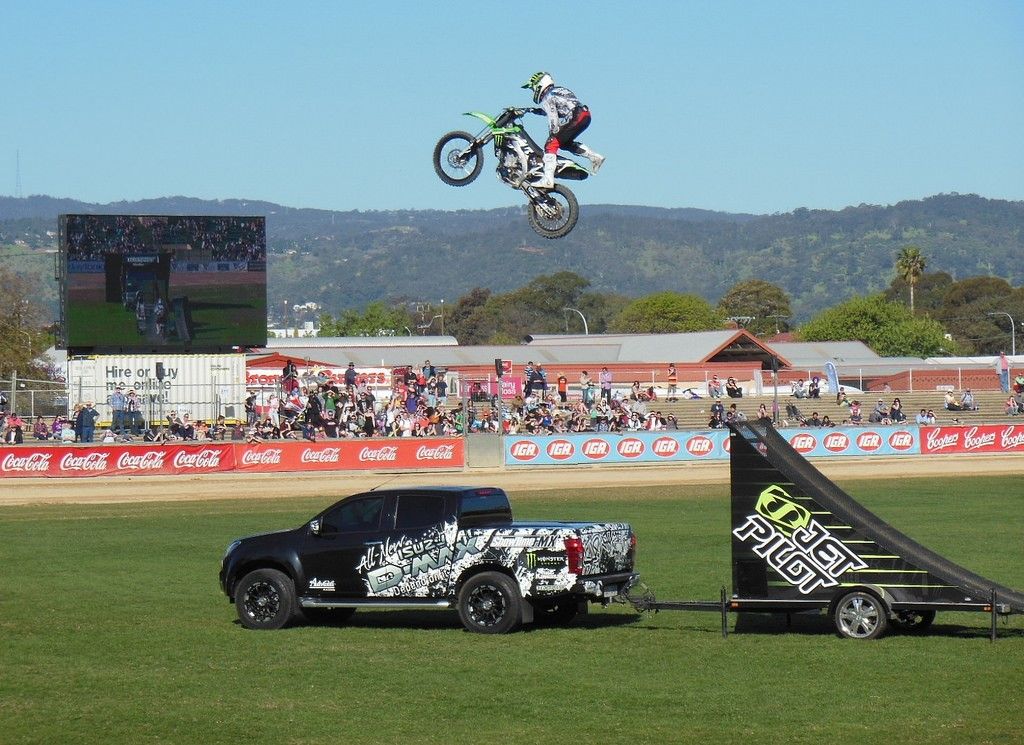 Prospect theory is widely accepted by economists and if you don’t understand the mathematics involved – you probably found yourself nodding in agreement while examining the outcome of the lawyer’s offers. The issue is that as Nicholas Barberis, an economist at Yale University, found in his paper “Thirty Years of Prospect Theory in Economics: A Review and Assessment” prospect theory is rarely applied in practice. The concept is so counter-intuitive that it is challenging to implement.

One way to address this challenge is to use software to carry out modeling that accounts for prospect theory. Software such as PRORelevant which is used for marketing analytics has this form of modeling built in to its decision making evaluation capacity. (Note: This is not an endorsement of PRORelevant but rather an indication that such software is available – we strongly recommend evaluating any given software package thoroughly before implementing it in your organization).

Prospect theory concludes that people are often risk-averse when they should be risk-seeking and vice-versa. This is important to us as designers because it means we may be choosing the wrong projects for development based on an erroneous assessment of the risks involved. It is also important to designers because framing the risk involved in adopting a new product can encourage risk-seeking rather than risk-averse behavior in would-be users.

Daniel Kahneman, the Nobel Prize winner says; “Prospect theory turned out to be the most significant work we ever did.”

Take a deep dive into Prospect Theory with our course Psychology of E-Commerce: How to Sell Online .