Today we continue our walk through the ethical issues of UX work (and work in general) with an examination of three handy tricks which allow us to skirt our ethical obligations without realizing that we’re doing just that. Human beings are complex creatures and our brains are wired to deliver the results that we need and not always in an ethical context.

One thing human beings are very good at is rationalizing their behaviour after the event. So when we act badly, we will often try and construct a story in which our bad behaviour was justified rather than accept that we were in the wrong. In fact, this process of memory revisionism is something that most of us do at some time or another.

It can become problematic when we allow ourselves to do this regularly. If you find that you’re basing your decisions on the way that you feel and when asked to back this up; you start to try and ignore the research you’ve conducted or try to ignore the opinions of others – you may well be revising situations in altogether unhealthy manner.

Over time, if our behaviour doesn’t fit our ethical standards, our minds are able to rationalize our ethical standards so that they fit our behaviour instead. A sales person, for example, who begins to mislead customers to create more sales will slowly not recognize that what they are doing is wrong. They will being to justify their actions instead. 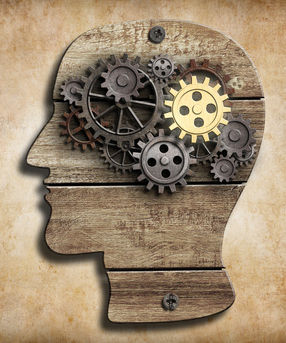 So the internal dialogue shifts from; “I am lying to a customer” and moves to “All sales people bend the rules in order to make more sales. Customers know and appreciate this. If they were really concerned about the truth, they would conduct more due diligence before making an agreement to buy something.” This change in internal dialogue neatly removes the ethical dilemma but anyone looking at the situation externally is going to be a little disturbed by this.

Most people don’t deviate from their ethics in a dramatic way in the first instance. The changes tend to be smaller but over time they compound to dramatic effect. For example, most people who commit violent crimes do not begin with violence. Firstly, they will become aggressive verbally perhaps in response to someone else’s aggression – justifying this as only a means of self-protection.

Next time, perhaps, they will become verbally aggressive without any provocation. This will they will see as the best form of defence is an attack. And slowly, but surely, their behaviour will escalate in small steps until it becomes wildly unacceptable and a long way from the societal norm.

Human beings justify and rationalize; it’s how we’re built. It’s why ethical considerations need to be kept at the forefront of the organization’s values. People often don’t mean to act unethically; it’s just that they often lose the ability to perceive when they are.

Join 297,846 designers who get useful UX tips from our newsletter.