The human brain may have developed to endow us with capabilities far beyond the reach of other animals, but this does not mean we are any less driven by the same desires. These desires are manifested in our behavior, and, if you use the right approach to trigger our primal desires, you can influence consumer choices. Below is a list of the methods you can use to stimulate the 'reptilian' brain, a concept proposed by neuroscientist Paul MacLean in his 'Triune Brain' model, either to attract users or to improve their experience:

What motivates us more than food, drink, and love? Not much. Since the first trade occurred in the history of man, sellers have used food, drink, and love—or, perhaps more likely, sex—to attract consumers. Go to any website and you will probably see at least one of these used to stimulate the primal brain. The image above is taken from a clothing store shop window – most people are average-looking and maybe a tad out of shape (well, in the West, at least), and clothes are primarily used to protect us from the weather; so, why not use a picture of someone average-looking and maybe slightly out of shape, walking comfortably in the rain? That should indicate to most customers that this shop is for them, but that doesn't sound very exciting, does it? Well, the human brain is wired to derive pleasure from seeing attractive people, no matter what they are doing (within reason). While most of the more explicit examples may be aimed at men, this is by no means specific to men; women derive pleasure from seeing attractive people, too.

However, there are differences between the ways men and women respond, which means designers and advertisers use different methods to trigger the male and female primal brain, respectively. Coca-Cola previously ran a series of adverts where a man, usually in his thirties, is involved in some practical activity, such as mowing a lawn. This contrasts with adverts targeted at the male reptilian brain, where women are generally younger, wearing fewer clothes, and involved in any activity that shows off their physical attributes, or perhaps we should say “assets” here.

There are not only significant differences between men and women in this respect; differences exist between cultures and age groups, too. Men and women are rarely displayed in such an overt and, some might say, explicit fashion in South Asia or many African countries. However, advertisers are just as likely to use members of the opposite sex to attract consumers. In any instance where an attractive person is used in an advert or on a website, the designers are targeting your reptilian brain. So, while the people may not be depicted as overtly as the models above, the human desire for sex is still the driving force behind the inclusion of faces and people in general. Products targeted at older age groups tend to exercise more constraint where sex in advertising is concerned. Instead, products are sold using families and home-based activities.

The power of food, drink, and love are often harnessed in unison. In the early 21st century, adverts have become dominated by groups of young people drinking and eating – to show you just how much darned fun they are having with the product being advertised. Creating scenarios that trigger our reptilian brain is not difficult, but they must be realistic, natural and almost dreamlike so as to capture the viewer's attention and engender the emotional responses you intend. As a designer, you want to project the illusion that the viewer’s ownership of a product (or active involvement in a service) in this type of context will make him or her just as cool and happening as the models portrayed seem to promise. You have to link that fantasy to the user’s reality – reality is total, after all. 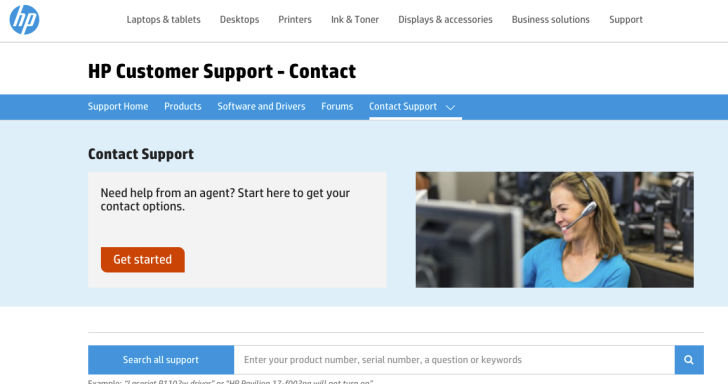 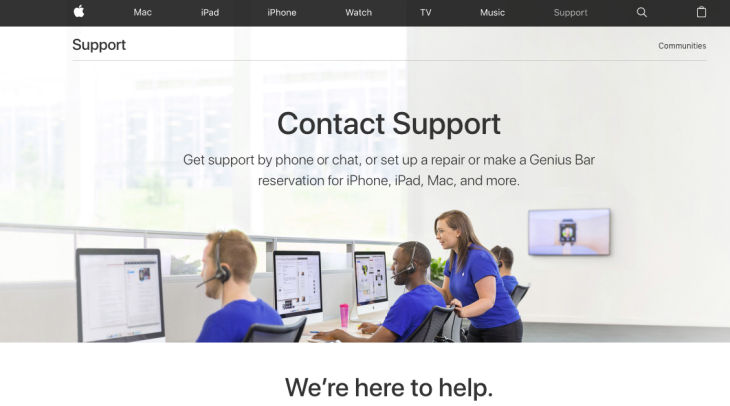 Three examples of using images differently to appeal to the reptilian brain: support agents! In the first two, images of good-looking people accompany the chat functionality. In the last example, the image is more abstract. Which ones do you think inspire more confidence and are more appealing?

We are capable of processing visual imagery instantly, which is in contrast to text. Websites use images to grab the attention of users immediately and convey messages implicitly. For example, a warm, cosy room full of modern furniture tells the users that buying products from the site will help them achieve the same calm, tranquil and happy lifestyle. As the primal brain operates instinctively and largely outside our conscious control, images are more suited to our 'reptilian' side. Not only are we highly susceptible to the power of images, but we are particularly so when it comes to moving images. For example, carousels and slideshows are captivating, and have been used to great effect by many of the most frequently visited sites in the world, such as Amazon and eBay. Soussan Djamasbia, who is a UX researcher at the Worcester Polytechnic Institute, and her colleagues (2012) found that young adults between the ages of 18 and 31 rated web pages with a single image and a small amount of text as preferable to all other options. Therefore, images and motion are essential tools in the designer's kit for tapping into the primal brain.

The primal brain is relatively uncultured; it is interested mainly in distinguishing things that are good or personally beneficial from anything else in our environment. You must make this distinction as easy and quick as possible for your customers and users. For example, showing comparisons between products or before and after shots once they have been used (often seen in the beauty product industry) helps the users instantly sense what they might be able to achieve if they buy the product(s).

Negative affect can be used to arouse users’ fight-or-flight response. When you want users or consumers to sit up, listen, and take notice of something, you might need to use threatening signals. For example, if you have an e-commerce site, when users have left things in their basket for a period of time, you could send them an email alert telling them that there are only X number of these still available. Online clothes retailer Asos use a similar method with a warning that items in the basket are low in stock, with a red band underneath the product image. This signals danger to the user and stimulates the reptilian brain to force the user into action.

The reptilian brain is in charge of our more basic and impulsive attitudes and behaviors. So, as you are a designer, advertiser and/or user experience specialist, the reptilian brain represents your best target; if you want consumers to buy your products, you must grab their attention and make them feel as though they need, rather than want, these items. There are various methods available, but they must be appropriate for your product(s). If you represent an item intended for an elderly person using explicit sexual imagery, you will probably alienate a large percentage of this potential consumer base. Therefore, while the reptilian brain is somewhat simplistic and hedonistic, we are capable of overriding it through further processing in our more cultured brain regions. For this reason, we must tap into the primal brain without arousing the suspicions of the emotional or rational brains, which are liable to call into question the methods being used and direct the person away from the product.

Join 297,710 designers who get useful UX tips from our newsletter.

The things we use and consume may satisfy the first four levels of needs in Maslow's hierarchy of needs, but they will n
Read article

Neuroscience has offered many important insights into both the structure and function of the human brain. One of the mos
Read article

In the human mind there are numerous areas responsible for what we refer to as emotion; collectively, these regions comp
Read article

Emotional design is a big buzz word within the UX community. Designs which tap into the user’s emotions are considered t
Read article

In the 1960s, American neuroscientist Paul MacLean formulated the 'Triune Brain' model, which is based on the division o
Read article

Learn to prevent negative emotions in the user experience of your product. As a User Experience (UX) designer, you want
Read article

People form emotional connections and associations with the things they use and come across throughout their lives. Thes
Read article