The Focusing Effect – Don’t Look Back With Too Much Optimism

There’s a good reason that financial advisers tell us “past performance is no guarantee of future returns”. The focusing effect is a cognitive bias that causes us to attribute too much weight to events of the past and translate them into future expectations. Knowing how to handle the focusing effect can improve our decision making process not just in our designs but throughout life.

This is a very sensible way of classifying data. It reduces decision making time and lets us refer to past incidents to predict future outcomes. Unfortunately, as our financial advisers know – this isn’t always the right way to look at life.

A cognitive bias occurs when there’s a saving to be made in terms of processing in our brains. The focusing effect operates on exactly the same principle. The idea is simple; when something goes wrong or well – we can attribute an action to that outcome and modify our behaviour to do more of that action, to change it or to avoid it.

This saves a ton of time in terms of thinking and processing. No need for a complex examination of the circumstances – that did/didn’t work.

Yet, there’s a problem with thinking like this. Many outcomes are complicated. They don’t depend on a single action (or inaction) for the end result.

For example; if you were to be fired from your job on the day that you had an argument with a manager – you could assume that arguing a point with your manager was the reason you were fired. This might be true if the argument was ferocious enough to deteriorate into rudeness or abuse but in many cases; it’s more likely that this was the final action in a long series of actions that led to your being fired.

Most managers don’t fire people for disagreeing with them. They fire them for long-term behavioural or performance issues when they become so severe that they no longer believe that they can work effectively with someone.

It’s also worth noting that the focusing effect can go in the opposite direction too. We can attribute the single action to a highly positive outcome and make an erroneous association there too. So for example, you give your boss a gift on their birthday; they then call you into their office an hour later and promote you. Connecting the gift giving to the promotion is a poor choice. Bosses generally don’t promote people for a present.

The focusing effect was theorized by psychologist Daniel Kahneman et al. as a result of their research into behavioural economics. It is discussed at length in their work “Would you be happier if you were richer? A focusing Illusion.”

How To Tackle the Focusing Effect

It can be difficult to recognize when we’re falling victim to the focusing effect but it’s most likely to occur when you’re feeling particularly obstinate about a choice of action. If you find yourself thinking; “I’m not going to do that because it…” then there’s a chance that it’s the focusing effect in play. 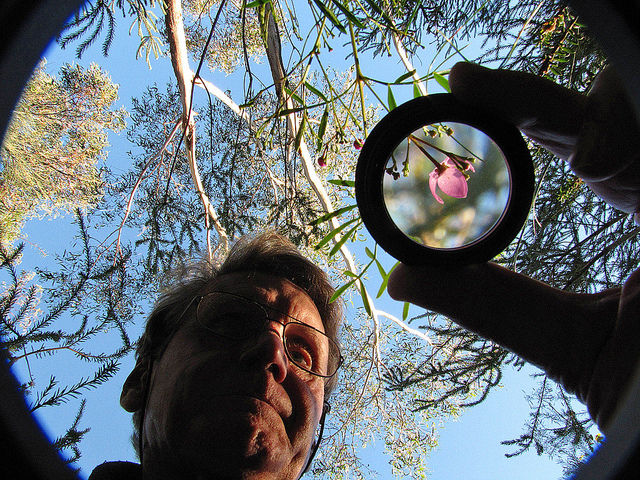 The easiest way to handle it is to start asking yourself questions. “What happened last time I did that?” “Is it reasonable to assume that that single action caused that outcome?” “If not, what else might have contributed to that outcome?” “How many other factors were in play?”

Once you can put the action into perspective with a series of other actions – it’s likely that you can develop a sense of perspective overall. That doesn’t mean that you have to repeat the action but you may be able to answer the question; “What’s the worst that can happen?” and find that the potential consequences aren’t as dramatic as you may have first thought.

If you find this kind of introspection a little awkward to handle; it can help to work with a coach to handle cognitive biases. A coach adds an independent perspective and can help you “drill deep” enough into an issue to develop your understanding of that issue.

The focusing effect is a difficult bias to avoid. It’s part of the fundamental way that the human brain operates – learning from experience. The trouble comes when we place too much emphasis on a single action without seeing that action in the context of other actions.

Placing your hand on an electric cable is likely to result in a shock. It’s a pure cause-effect situation. But most other situations in life are more nuanced and it’s likely that most outcomes will have many contributing causes; being able to identify these causes will help you decide whether an action should be tried again or not.

Examine the evidence for the focusing effect in more detail and see how it leads to wrong decisions.

See the focusing effect and how it impacts organizations.

Join 308,608 designers who get useful UX tips from our newsletter.

The GROW model: Similarities between Coaching and UX
The GROW model is used by coaches to enable individuals to reach their objectives. As you will see while reading about t
Read

Outcome Bias – Not All Outcomes are Created Equal
Evaluating the outcomes of our actions makes sense. However, there is a cognitive bias where we place too much weight on
Read

10 Great Reasons to Go Freelance (Things You Might Not Have Considered)
If you’re toying with the idea of going freelance; you’ll already know some of the benefits. Getting rid of the commute
Read

Confirmation Bias – It’s Not What We Think We Know That Counts
Confirmation bias is a pernicious form of bias that can cause real problems in both UX research and our own lives. Learn
Read