Information visualization requires mapping data in a visual or occasionally auditory format for the user of the visualization. This can be challenging because while some data has a spatial relationship built in (for example, temperatures in cities around a country) many data sets don’t have a traditional spatial relationship (for example, salaries within an organization).

Henry D Hubbard, who was a member of the US Bureau of Standards in the 1920s, said; “There is a magic in graphs. The proﬁle of a curve reveals in a ﬂash a whole situation — the life history of an epidemic, a panic, or an era of prosperity. The curve informs the mind, awakens the imagination, convinces.”

That means the information visualization designer needs to think carefully about the way they intend to represent their data and create structures that support that representation in order to bring out the magic Henry Hubbard spoke of.

There are three elements to define for an information visualization according to Card, Mackinlay and Sheniederman in their text “Readings in Information Visualization: Using Vision to Think”: 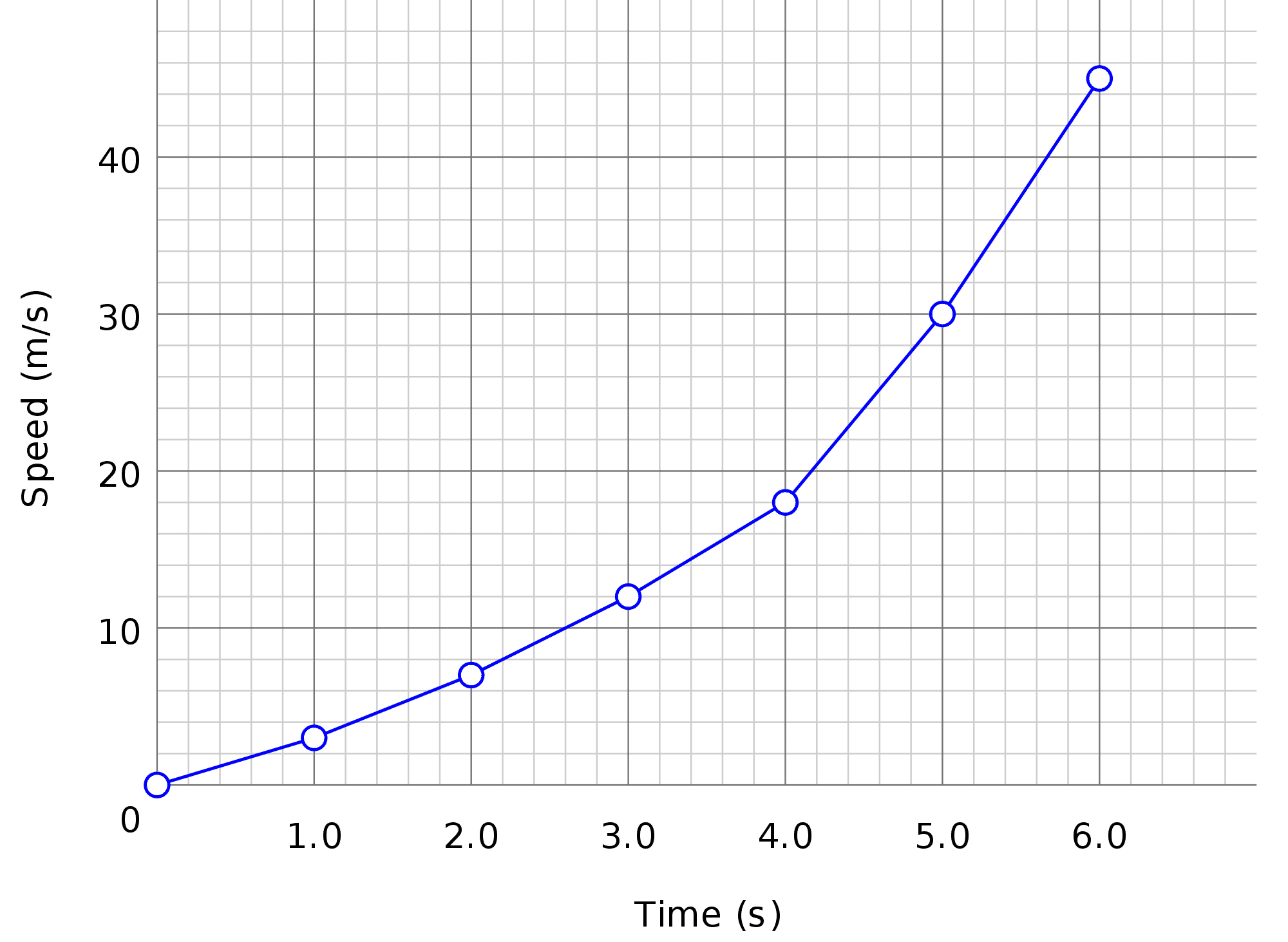 Here the spatial substrate is two dimensional, the graphical elements are points and lines and the properties are the size of points, length of lines, the orientation of the lines and the blue color.

The Three Elements of Visual Mapping for Information Visualization

The spatial substrate is the space in which we’re going to create our visualization. The vast majority of information visualization takes place in 2-dimension space – along x and y axes. However, it is possible to create 3-dimensional and even hyper-dimensional (more than 3-dimensions) representations too.

It’s important to consider which axes you will use and what kind of data will map to each individual axis. Data may be:

Graphical elements should be chosen for their clarity when conveying data. Unless, of course, the intention is to deliberately confuse the user to persuade them of something that the data does not represent. This is unethical but it would be naïve to pretend it doesn’t happen. Both corporations and politicians can be especially guilty of this behavior. 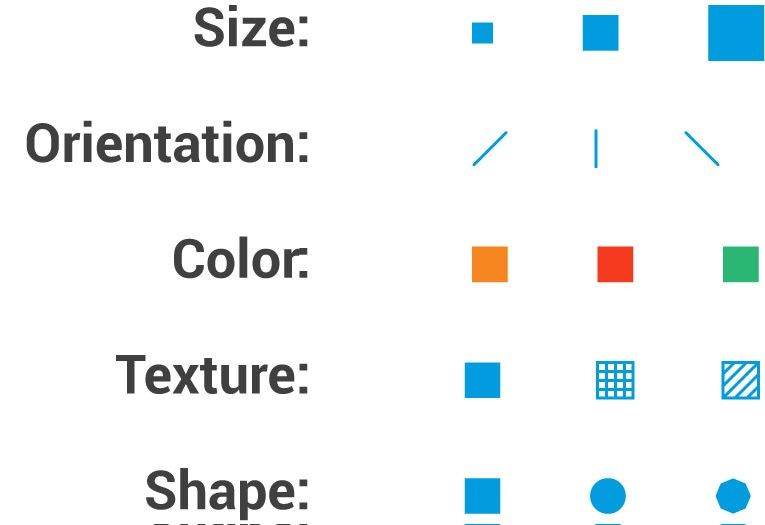 Cleveland and McGill, in their paper, “Graphical perception: Theory, experimentation, and application to the development of graphical methods.” showed that some graphical properties are more effective than others when it comes to conveying information.

They offered (in order of 1 being most accurate and 6 least accurate) the following list in terms of properties and their accuracy: 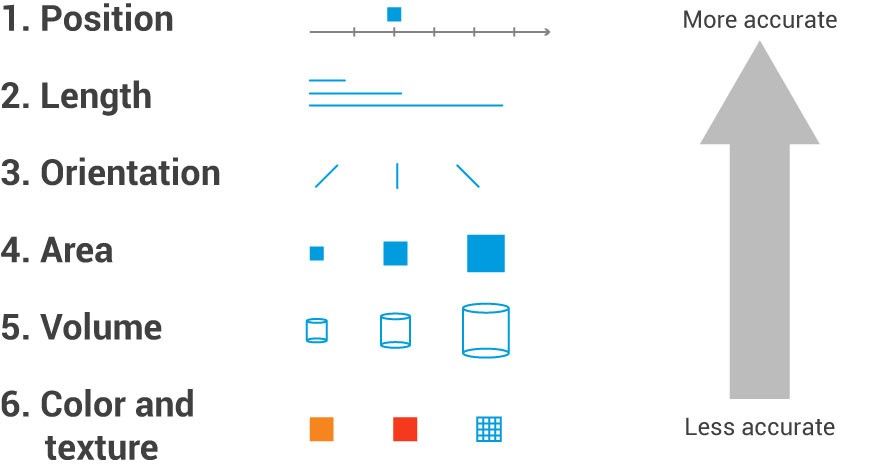 Color in particular is a tricky thing to use in information visualization. Firstly, there are cultural and linguistic factors that often come into play with certain colors in certain societies having specific meanings or interpretations already built into their use. (For a cultural example, in China red is considered to be a “lucky” color whereas in many Western societies it is considered to be a “warning” color. For a linguistic example, in the highlands of New Guinea there are only two terms for color “light” and “dark” and in the Piraha language of the Amazon – there are no words for color at all, colors are identified by linguistic comparison to another object such as “this looks like blood” whereas English offers a rich and varied set of terms for many colors).

All of which suggests that color should only be used to convey information when all other options have been exhausted.

To conduct visual mapping in order to create an information visualization we must first define the spacial substrate, we can then consider the graphical elements we will use within that substrate and finally which properties we will use to assist these elements in conveying as much meaning as possible to the user.

W. S. Cleveland and R. McGill. Graphical perception: Theory, experimentation, and application to the development of graphical methods. Journal of the American Statistical Association, Colours in Culture, Information is Beautiful, 79(387):531–554, 1984.

Join 309,947 designers who get useful UX tips from our newsletter.

Information Overload, Why it Matters and How to Combat It
Designers often need to convey information to the users of their designs. Specialists in information visualization desig
Read

Information Visualization – A Brief Introduction
Have you ever thought about how much data flows past each of us in an ordinary day? From the newspaper you read at break
Read

Guidelines for Good Visual Information Representations
Information visualization is not as easy as it might first appear, particularly when you are examining complex data sets
Read

Information Visualization – Who Needs It?