A Quick Introduction to Aesthetic Computing

If you thought that this article was going to be about making computers look better; please accept out apologies. In fact, aesthetic computing is all about “embodied formal languages”. Which may not be as pretty but turns out to be a very important area for technology designers in general.

OK, so How Does “Aesthetic Computing” become “Embodied Formal Languages”?

That’s a great question. It’s down to the word “aesthetics” which as you can probably tell has its roots in the Greek language. The root word “aisthanomai” means “I feel or I sense”. We often use the word “aesthetics” to describe the appearance of something but it in fact means so much more. It’s the overall sensory perception of an experience that gets rolled into “aesthetics”.

In computing, all experiences, are derive from “embodied formal languages”. Embodiment indicates the feedback from a body interacting with an environment. Where do you find that in computing? In the mouse, the keyboard, the touch screen monitor, etc. the fields of UI (User Interface) and HCI (Human Computer Interaction) are all about this embodiment of the user.

Formal language sounds rather stricter than it is. What it really means is “artificial language” in that the language is not derived naturally over centuries of human interaction but rather made up. C++, Fortran, etc. all have their own scripts (words), and grammar (the order in which the words make sense to the compiler/interpreter) as do Morse Code and XML.

So… Aesthetic Computing is all About Computer Languages?

Precisely, the whole aesthetic computing thing is a bunch of academic speak for computing languages and the way that they interact with the individual and their environment. 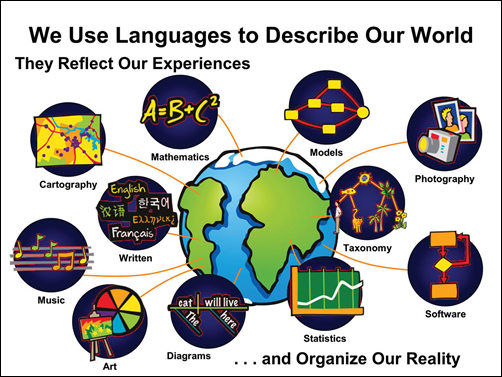 Once we know that we can start to ask; what influences are there on aesthetic computing and how do we interpret data derived from it?

Every time that human beings interact with their environment; we can find art. That’s the embodiment of the human experience if you like. Our understanding of art helps interpret the concepts of acting on our environments.

Aesthetic computing is not purely subjective. It relies on a strong sense of logic and order and indeed so does mathematics. Mathematics is the notation of complex concepts in a way that we can make sense of them and test them. It is as much an “embodied formal language” as any computer language.

We have to be able to program, at least a little, to examine the impact of computer languages; otherwise we would be somewhat blind in our interpretation of results.

Other forms of media offer windows of insight into new and exciting ideas that might then be explored within aesthetic computing. For example; if you see something on Star Trek (a work of science fiction) you might be tempted to see if you could recreate the fiction as reality (the ultimate expression of computer programming).

This is simply a high-level introduction to aesthetic computing; if you think it sounds like a field that might interest you – then we have an entire (free to read online) text for you: Aesthetic Computing by Paul A Fishwick (Professor of Computer and information Science and Engineering at the University of Florida among other roles).

Join 297,636 designers who get useful UX tips from our newsletter.