Embrace Your Entrepreneurial Failures and Succeed

The winner is the one who has failed the most. Success is all about realizing when you are wrong, evaluating, understanding what went wrong, learning, correcting course, and trying again...and again...and again. Even Steve Jobs failed every now and again – he got fired from Apple! He handled that failure pretty well, don’t you think?

There comes a time (or 7, or 17, or 117) in every entrepreneur and freelancer’s life when we get things wrong. We have a disastrous sales call, or we don’t get the contract we’ve been working for, for the last three months. When we’re working as employees, we normally have supportive colleagues and managers to turn to when things go wrong. When we’re working by ourselves, as most freelancers and entrepreneurs do, we need to learn to handle failure without that support. We need to tap our inner strength and remember that we were strong enough to go out on our own.

Before you start blaming yourself for being a lousy XYZ, you need to know that failure isn’t personal. Making a mistake does not make you an awful person or a terrible freelancer. It’s not an accident that there’re thousands of excellent quotes about failure. It’s because we need to embrace them and learn from them even though it’s most often very difficult being in the middle of that learning process which a failure creates and becomes.

Richard Branson, the multi-millionaire owner of Virgin, ran several businesses into the ground before hitting the right formula with Virgin Records. He didn’t quit when things went wrong; he went back and started over. No one thinks Richard Branson is a failure. You’re not a failure even when things go incredibly wrong. Things go wrong for everyone. Failure is a part of all learning and business processes. It is inevitable and an integrated part of living, learning and improving.

“You don't learn to walk by following rules. You learn by doing, and by falling over.”
– Richard Branson 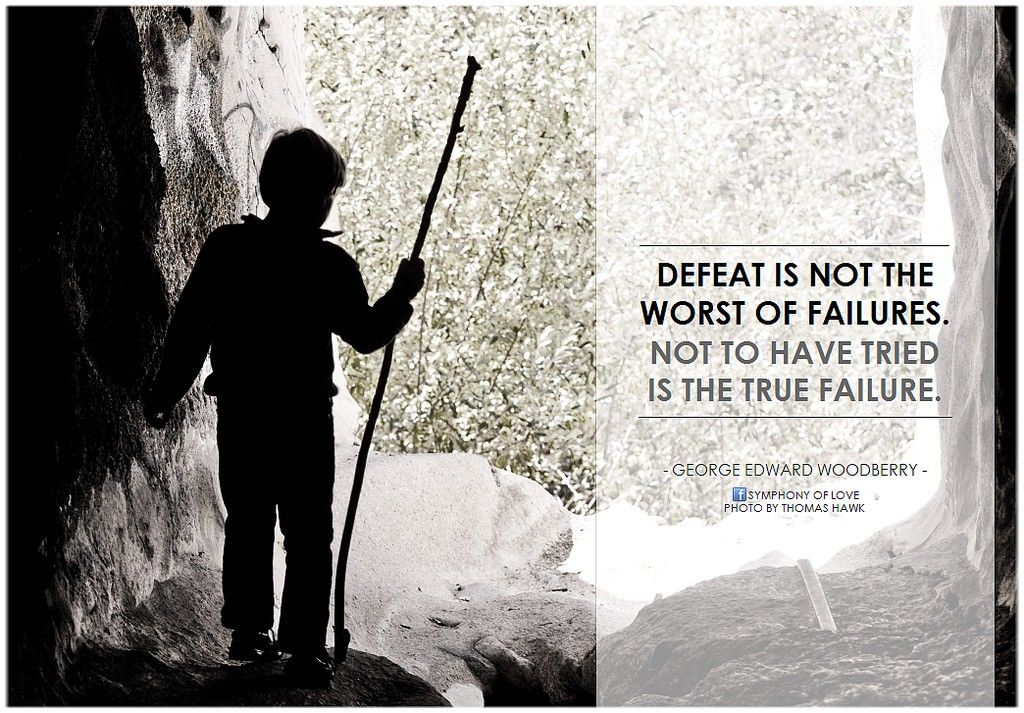 You can’t fail if you don’t try, but not trying will feel like an even bigger failure.

Failure Offers the Opportunity to Learn Something About Yourself and Your Business.

The best recovery from failure is simple; ask what went wrong, ask how that could have been avoided and resolve not to do it again.

“Insanity is repeating the same thing over and over and expecting a different result.”
– Albert Einstein. There is no known source with that quote in it but it has been widely attributed to him.

Failing lets us know what we shouldn’t do again so that we can try new things and look for the right result.

Keeping a record of what we’ve learned (a written one) can help guide us in the future.

“One who fears failure limits his activities. Failure is only the opportunity to more intelligently begin again.”
– Henry Ford. There is no known source with that quote in it—but it has been widely attributed to him

Given that most of us will fail on our way to success (and quite probably we will fail more than once)—we can learn to celebrate failure. As long as we learnt our lesson from each failure, we’ll know that it will bring us one step closer to success.

It’s easy to be miserable when you fail, but it’s also easy to celebrate it; “I failed today! That means I am one step closer to achieving my goals! I am smarter and better prepared because of this failure. I have learned my lesson and am ready to conquer the next peak in front of me!”

That sounds much more fun, doesn’t it?

Learn to Let it Go.

Reviewing and evaluating a failure is crucial in order to re-evaluate your business goals, strategy and processes—but dwelling on it is a choice. Sure, it’s OK to have a bit of a slump for a few hours if you just lost out on $100,000 worth of business (for example). However, a few hours shouldn’t become a few days or a few weeks. Let it go.

Give yourself 24 hours to mourn after a failure and then put it to one side and concentrate on moving forward. What went wrong? What can you improve and change – starting today? There’s more than that lost $100,000-deal out there in the world; go find the next one.

“The greatest glory in living lies not in never falling, but in rising every time we fall.”
– Lien Chi Altangi, 1762, in The Citizen of the World.

Don’t Give Others Power to Judge You.

“Success is stumbling from failure to failure with no loss of enthusiasm.”
– Winston Churchill

Failure doesn’t define us, and neither do other people’s opinions. In fact, failing is a necessary path to success. Stephen King is famous for having been rejected dozens of times before he found a publisher—today, he’s one of the world’s most successful novelists.

Apple fired Steve Jobs. Even Steve Jobs failed every now and again – he got fired from Apple! He handled that failure pretty well, don’t you think?

The Beatles were turned down by multiple record labels. Other cases abound. Beneath the slick packaging and dazzling popular images of X number of bands, brands and famous folks who seem incapable of failing (because they’re larger-than-life household names) are an even larger number of instances where something went wrong in their past.

Sure, someone else’s opinion can be useful, but don’t let it hold you back. Listen, and change your approach whenever necessary, but keep going no matter what other people think; it’s your life, not theirs. 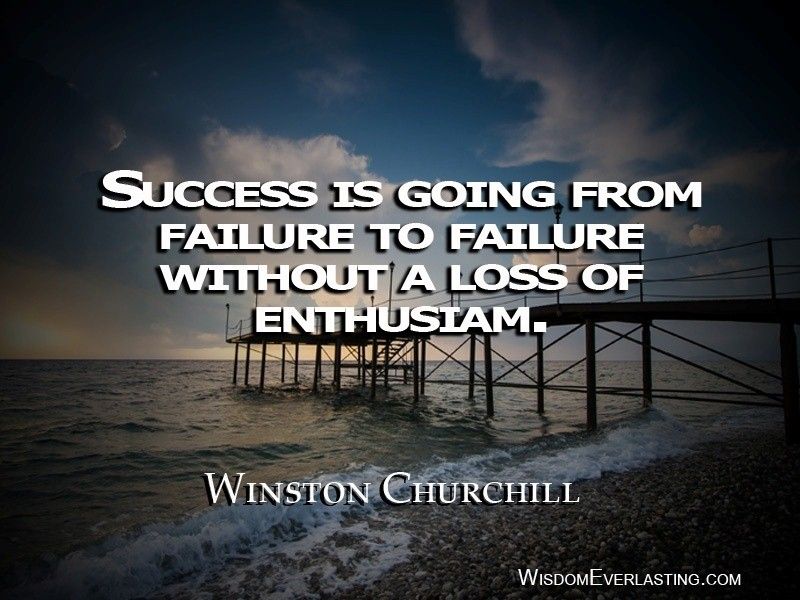 Churchill’s words resound through history and will be valid for a long time to come. 1940 was the year of a close call for the country he was running. Thankfully, although his words are applicable for Freelancers and Entrepreneurs, chances are that we won’t ever have to head a nation in a world war.

If You Are Ambitious, You Will Fail Even Harder.

You should embrace the fact that if you aim high, you will also fail big time once in a while.

“Only those who dare to fail greatly can ever achieve greatly.”
– Robert F. Kennedy, American senator and politician, Day of Affirmation Address 1966

True entrepreneurial success is about falling in love with the process every step of the way. It’s about loving what you do—trusting and aiming for your visions, values, and passion—embracing and celebrating your failures—evaluating and learning—loving your triumphs. Recognise and help those who help you along the way.

Failure really isn’t the end of the world. It happens to everyone. How you handle failure will influence how you succeed as an entrepreneur or freelancer. Be fair to yourself, learn lessons and move on. If you can learn to embrace and celebrate failure, you will win in the end.

Read more about Richard Branson, directly on his blog.

Join 308,850 designers who get useful UX tips from our newsletter.