What is Self-Generation Effect?

The self-generation effect describes how information is better remembered when it is self-generated as opposed to passively consuming or interacting it. Successful companies such as Microsoft and Electronic Arts design customization tools that are built into many of the great products we use today. These tools reflect the importance of utilizing the phenomenon of the self-generation effect. When you incorporate this phenomenon into your designs, you will be able to create more memorable user interfaces.

Here’s the entire UX literature on Self-Generation Effect by the Interaction Design Foundation, collated in one place:

The self-generation effect describes how information is better remembered when it is self-generated as opposed to passively consuming or interacting with it. It is a robust phenomenon, studied by various cognitive science researchers including Norman Slamecka and Peter Graf (1978), that is observed across a variety of recall exercises involving verbal information, pictures, as well as arithmetic problems.

One theory for the self-generation effect is the lexical activation hypothesis, explored by cognitive scientists John Gardiner and James Hampton (1985). It explains that more semantic memory involvement is required in the process of generating information than the simple act of reading. Gardiner and Hampton proposed the lexical activation hypothesis based on three experiment results that support their theory. One experiment tested participants on a homogeneous set of letter bigrams, a sequence of two adjacent elements from a string of letters. The result was that recall performance was considerably worse when learning meaningless bigrams than when learning meaningful well-known abbreviations. The second experiment tested participants on both unitized and nonunitized numbers (e.g., 25 vs. 2, 5). The result showed the self-generation effect appears for the recall of unitized but not for the nonunitized numbers. In a third experiment examined by Gardiner and Hampton, participants were tested on both familiar and unfamiliar word pairs forming compound nouns, nouns made up of two or more words. They found that the self-generation effect occurs only when meaningful, familiar words pairs (e.g., cheesecake) were presented to participants but not for meaningless, unfamiliar words pairs (e.g., cheese ketchup).

Based on the lexical activation hypothesis, it seems as though we need to encourage the act of self-generating information in order to increase the sense of meaning it has as opposed to letting our users passively consume information. If you want your users to have better recall every time they log in to your app, or have a better experience every time they play the game you designed, then you may want to encourage them to set up (or self-generate) components of the product on their own. Because as far back as the 19th century, people have known that:

“If you want a thing done well, do it yourself.” – Napoleon Bonaparte

Nonetheless, it is important to understand how to incorporate self-generation into your user interface designs in order to improve user experience, as reflected in a variety of successful products designed by some very successful companies.

We already know that, through our experiences in school, “testing yourself” by generating quiz questions or creating flash-cards is a great way for us to remember everything from historical dates to biological terminology. But what does it look like in user interface and product design?

Adobe Photoshop created by Adobe Systems Incorporated, the large North American computer software company, is a great example of how making use of the self-generation effect in user interface design can result in widely popular and successful products. One of the many reasons for frequent users to love Photoshop is for its flexibility and efficiency created through self-generated workspaces. Users are able to utilize its flexibility by organizing and adding to their workspace, as well as making things more efficient by saving it for future use. That way, users are better able to remember where their tools are located, which serves to be a better user experience due to having less memory and cognitive friction involved for the end-user each time they open the application.

Photoshop allows for self-generation through giving users the ability to create and save their preferred workspace-setup.

Microsoft Word created by Microsoft Corporation, one of the most successful technology companies in the world, is another great example of how empowering your users to customize their toolset can lead to a product that still remains one of the most commonly used word processor software in the market, decades after it was first released. In Microsoft Word, users are able to create, modify, and save various text formats and styles so that they can configure the appearance of their writing however they choose. 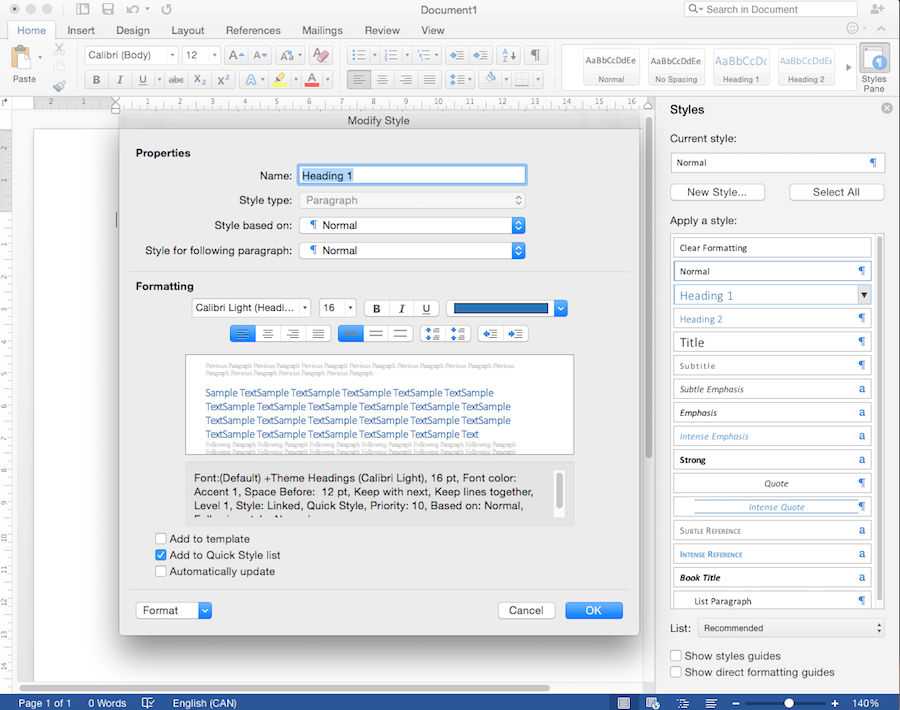 Microsoft Word gives users the ability to create, modify and save different word formats and styles. This reflects an understanding of the self-generation effect on the part of the designer.

Software and web application customization isn’t the only user interface examples that showcase how incorporating the self-generation effect can improve user experience. The positive effects of customization and self-generation can be seen in a variety of physical products as well. The controller used for the video game, FIFA created by one of the most widely known game publishers in the world, Electronic Arts, Inc., is a great example of how users can feel even more excited and immersed in the game when you incorporate self-generation. 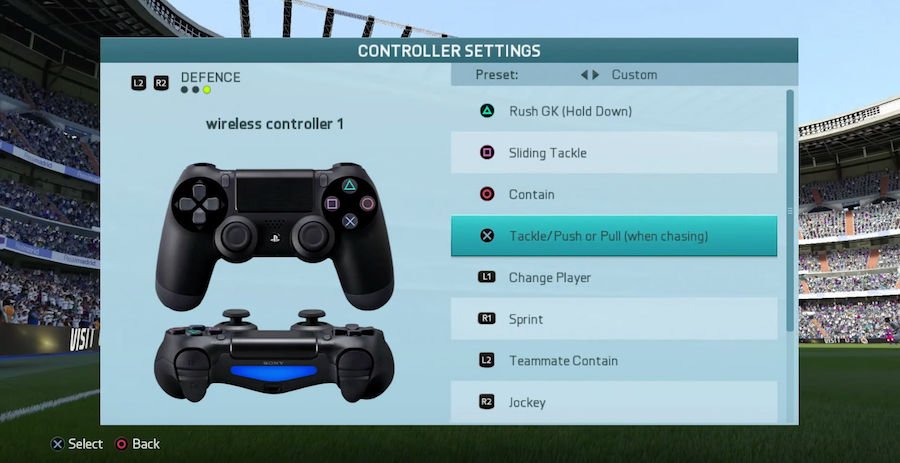 FIFA gives users more control over how they play the game by allowing them to customize the buttons and settings of their game controller.

The Logitech MX Master Wireless Mouse by Logitech International S.A. is another great example of how a physical product can be designed to allow for user customization in order to bring about the self-generation effect and provide a greater user experience for the consumer. 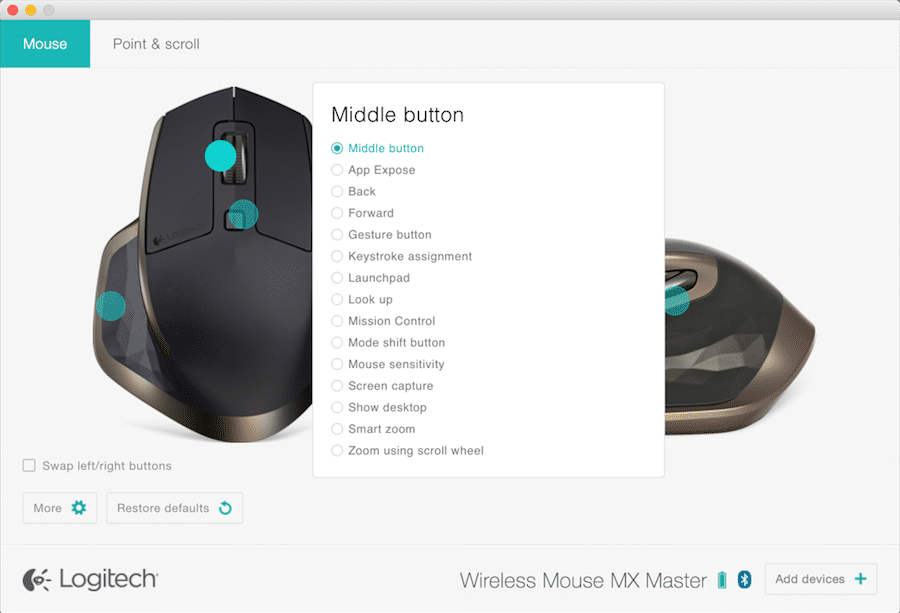 Logitech MX Master Wireless Mouse makes their user’s life easier by providing more control over how they want to customize their mouse, generating their own functionalities, in order to experience greater productivity and efficiency when using their product.

Leveraging your understanding of human cognition and understanding how to ease the memory and learning process for your users can help you improve on your user experience designs. Enabling customization in your product interface, especially when it contains many possible functions or commands, can really benefit your users as the tools and functionalities can evolve in line with their increased proficiency over time. Always remember to keep in mind the difficulties that exist in human learning and think about how you can make things easier by hand-holding your users through the learning process as well as providing flexibility in any user interface you design.

To find more information, dig into ‘The Generation Effect: Delineation of a Phenomenon’ by Slamecka and Graf (1978).

‘Semantic Memory and the Generation Effect: Some Tests of the Lexical Activation Hypothesis’ by Gardiner and Hampton (1985).

Take a deep dive into Self-Generation Effect with our course User Experience: The Beginner’s Guide .

If you’ve heard the term user experience design and been overwhelmed by all the jargon, then you’re not alone. In fact, most practicing UX designers struggle to explain what they do!

— Don Norman, pioneer and inventor of the term “user experience,” in an interview with NNGroup

As indicated by Don Norman, User Experience is an umbrella term that covers several areas. When you work with user experience, it’s crucial to understand what those areas are so that you know how best to apply the tools available to you.

In this course, you will gain an introduction to the breadth of UX design and understand why it matters. You’ll also learn the roles and responsibilities of a UX designer, how to confidently talk about UX and practical methods that you can apply to your work immediately.

You will learn to identify the overlaps and differences between different fields and adapt your existing skills to UX design. Once you understand the lay of the land, you’ll be able to chart your journey into a career in UX design. You’ll hear from practicing UX designers from within the IxDF community — people who come from diverse backgrounds, have taught themselves design, learned on the job, and are enjoying successful careers.

If you are new to the Interaction Design Foundation, this course is a great place to start because it brings together materials from many of our other courses. This provides you with both an excellent introduction to user experience and a preview of the courses we have to offer to help you develop your future career. After each lesson, we will introduce you to the courses you can take if a specific topic has caught your attention. That way, you’ll find it easy to continue your learning journey.

In the first lesson, you’ll learn what user experience design is and what a UX designer does. You’ll also learn about the importance of portfolios and what hiring managers look for in them.

In the second lesson, you’ll learn how to think like a UX designer. This lesson also introduces you to the very first exercise for you to dip your toes into the cool waters of user experience.

In the third and the fourth lessons, you’ll learn about the most common UX design tools and methods. You’ll also practice each of the methods through tailor-made exercises that walk you through the different stages of the design process.

In the final lesson, you’ll step outside the classroom and into the real world. You’ll understand the role of a UX designer within an organization and what it takes to overcome common challenges at the workplace. You’ll also learn how to leverage your existing skills to successfully transition to and thrive in a new career in UX.

You’ll be taught by some of the world’s leading experts. The experts we’ve handpicked for you are:

Throughout the course, we’ll supply you with lots of templates and step-by-step guides so you can start applying what you learn in your everyday practice.

You’ll find a series of exercises that will help you get hands-on experience with the methods you learn. Whether you’re a newcomer to design considering a career switch, an experienced practitioner looking to brush up on the basics, or work closely with designers and are curious to know what your colleagues are up to, you will benefit from the learning materials and practical exercises in this course.

You earn a verifiable and industry-trusted Course Certificate once you’ve completed the course. You can highlight it on your resume, LinkedIn profile or website.

The Self-Generation Effect: How to Create More Memorable User Interfaces
Learn how to improve user experience by incorporating the self-generation effect in your user interface design. The self
Read