Welcome back to the UX Daily and our short series on dealing with users who cause problems in user research and testing. So far this week, we’ve taken a look at how we get the best from shy people, people who won’t shut up and people who can’t stay on topic for long enough. If you haven’t had a chance to read the rest of the series; it’s under the UX Daily tab on our website.

Today, we’re going to look at another character who can cause us problems in user testing. The scatterbrain.

The scatterbrain sounds terrible doesn’t it? A sort of Tolkein-esque vision of a user that has crawled out of the abyss and is currently staring into us. Fortunately, that’s not what scatterbrains are. They’re simply people who seem to exist in a slightly different universe to the rest of us. They’re often convivial, kind and interesting. They just don’t seem to be able to get to the end of a chain of thought. 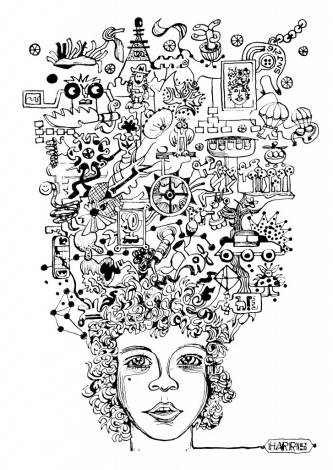 Their approach to answering is question is to start full steam ahead and then just as they seem to be getting towards the point of delivering something useful… they stop. They stare off into space. They mumble. It’s like they have a cut-off switch built into them and as soon as they have to engage themselves they lose the ability to articulate their thoughts. Strangely, this is all too often found in really bright people – I think we all had a lecturer like these people at university. 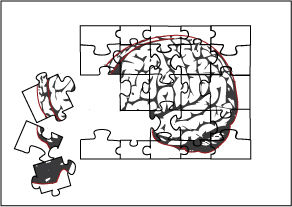 The biggest challenge with scatterbrains is trying to get them back on point without exerting any influence over their thoughts. It’s incredibly tempting when people just splutter out mid-stream to put words in their mouths. It’s the same urge that drives us to complete words for stutterers but as we all know; we should finish a word for someone who stutters and we shouldn’t finish sentences for scatterbrains either.

The trick to handling the scatterbrain comes in two parts. The first is to resist your natural instincts to talk for the subject. Don’t complete their sentences with a questioning tone. It’s bad manners and you may miss the crux of what they were actually going to say. People find having their thoughts completed for them frustrating but many are too well-mannered to say so.

The second is to then encourage them to complete the sentence themselves. You could simply repeat the last part of the sentence they spoke and then say; “Please continue.”

Alternatively ask; “What was it you wanted to say there? I’d really like to know.”

The scatterbrain joins our cast of awkward users who aren’t trying to make it hard for you but still doing just that. The key to the scatterbrain is to prompt them and to try and keep the tone of those prompts as neutral (non-leading) as possible.

Join 309,942 designers who get useful UX tips from our newsletter.