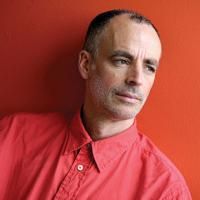 Over the past thirty years, Steven has spent ten in the London's Design consulting businesses, ten in academia, including Director of Industrial Design at the Royal College of Art and most recently ten years in Corporate Design leadership as Director of the Global Design Research group in Philips Electronics.

During the early part of his career, he worked on a wide range of assignments for several London based design consultancies. In 1988 he started his own design company and in the early 1990s joined the part-time tutoring staff at the RCA.

He joined Royal Philips Electronics in the Netherlands in 1998, where recently, as Senior Director of Design Research and Innovation, he was responsible for Design Research world‐wide. As a member of the Philips Design Global Management Team, Steven headed up Philips Design's European Commission Research activities and led Philips Design's University Relations Programme.
During his time in Philips Design he was Project and Creative director for the award winning EU FP5 funded “Living Memory” project, part of the I3 Network programme; was member of the Co-ordinating Group of the FP6 European based ‘Convivio' research community and was founding member of the DeSForM Design conference, now in its seventh year, having been hosted in the UK, EU Asia and APAC regions. For the last three years of Steven's time with Philips design he was Director of the “Ideas (Innovation) Engine” of Philips Design. The Ideas Engine was Philips Design's key Instrument for both driving Philips' and its business Incubator's future growth and building IP Territories for future product service solutions spanning the full breadth of the Philips portfolio.

Steven acts as a European Commission research program reviewer and holds Adjunct Professorships in Hong Kong Polytechnic University and Southern Yangtze Uni. in Wuxi, Shanghai Until 2008 he was Chief Scientific Officer (Design Research) and core member of the ‘driving team' in the founding of the recently formed Faculty of Industrial Design at the Technical University of Eindhoven, The Netherlands