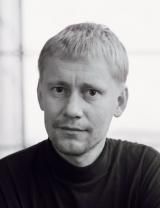 Turkka Keinonen, Doctor of Arts, works as a professor of industrial design and vice dean for research at University of Art and Design Helsinki (UIAH), School of Design. His teaching and research interests lie in user-centered industrial design and product concept creation. Professor Keinonen has worked for leading Finnish design consultancies such as Creadesign and Muodos (presently Desigence) in professional and consumer goods design projects, done
interaction and exhibition design, designed paper machinery for Metso Paper and consulted for Finnish National Research and Development Center for Welfare and Health (STAKES) in
international projects aiming at mainstreaming of information technologies. In his doctoral thesis One-Dimensional Usability (1998), which was the first one defended at the Department of product and strategic design, Keinonen studied the influence of usability on consumers' product preference by combining theories of interaction design, usability and consumer decision making. His contribution during the doctoral project was instrumental in
establishing research as an integral part to design education at UIAH. From 1998 to 2001 he worked as a principal scientist in the usability group of Nokia Research
Center, where he led several concept creation projects related to e.g. car user interfaces, emotional communication and group communication. He also participated research of interaction techniques for instance for mobile text input. During that period of time Keinonen contributed to
more than 20 international patents. From 2001 Keinonen has worked as professor, head of research and vide dean of research at the School of Design in UIAH leading a unit of 15 researchers and a research volume of about 1 million Euro annually. He has been in charge of several research projects focusing on method development for user research and user centered design, and organizing design in ICT and
engineering industry. Keinonen has written, edited or co-edited the following books: One-dimensional usability
(1998); Industrial Design for Usability (2000, in Finnish), Mobile Usability - How Nokia Changed the Face of the Mobile Phone, (by McGraw-Hill 2003), Product Concept Design
(2004, in Finnish), The Change of Design (2004, in Finnish), Product Concept Design - A review of the Conceptual Design of Products in Industry (by Springer Verlag 2006) and
Development of the Design Competence in Technology Companies (2006, in Finnish).He was nominated the designer of the year 2000 for his merits in user-centered industrial design
and in 2003 he received The Federation of Finnish Electrical and Electronics Industry SET prize for developing usability education.