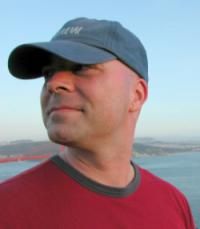 Stefan Marti is an HCI researcher and project leader working on computer-mediated communication, software and hardware agents, robotics, artificial intelligence, ubiquitous computing and sensor networks. In 2005 he received his PhD in Media Arts and Sciences from MIT with his dissertation titled "Autonomous Interactive Intermediaries: Social Intelligence for Mobile Communication Agents."

From 1997 to 2005, he worked on mobile communication devices and spoken language systems at the MIT Media Lab's Speech Interface Group (where he was an AT&T Fellow 1998/99, and Motorola Fellow 1999/2000). His approach includes software and robotic agents to enhance user interfaces. His most recent projects focus on adding human-style social intelligence to mobile communication agents that are implemented both in the robotics and spoken language domain. His prototype system includes a dual conversational agent, a body-worn sensor network, and wireless animatronic devices (one of them the "Cellular Squirrel"). His past work includes autonomously hovering micro helicopters and personal laser projectors.

For his Master's degree in Media Arts and Sciences at MIT, he developed "Active Messenger," an Intermediary for email filtering and mobile delivery. From 1985 to 1993, he studied at the University of Bern, Switzerland, and received a Master's degree in Psychology, Philosophy, and Computer Science with his thesis titled "The Psychological Impact of Modern Communication technologies on Users."

His additional research interests include human interaction with autonomous entities and agents with commonsense reasoning. In an earlier life, he was a video editor at the Swiss national television station and sound engineer for live concerts and rock bands for over a dozen years.

He is currently working for Samsung's Advanced Institute of Technology (SAIT), which is the Samsung Group's central R&D research facility.