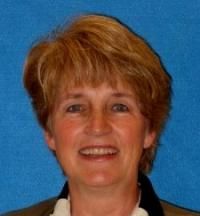 Wanda Smith is the usability director of Mindlore Inc, and she has over 35 years experience in conducting research on psychological, physiological, psychophysical, and cognitive indicators of human performance. Her research has focused on collecting real-time measures of human performance (e.g., learning rate, task time and accuracy, navigation, error recovery strategies, and response time) and physiological and psychophysical measures (e.g., electromyographic activity, blink rate, pupil size, and galvanic skin response). She holds a B.A. in Psychology from San Jose State University (1967) and an M.S. in Industrial Engineering from Stanford University (1977) where she conducted her doctoral research in vision physiology. Her research and knowledge resulted in being appointed as a United States representative to the International Organization of Standardization and in creating a computer user standard. She has also created standards for industry and national agencies based on collecting quantitative and qualitative human performance and psychophysical data. She was successful in integrating the use of quantitative and qualitative measures into standard's as well as a number of quality product assessment metrics for several corporations. During her extensive career, Wanda introduced usability practices to large corporations such as Hewlett Packard, Autodesk, and Charles Schwab, and was the Director for usability for eCommerce products for global companies Firepond and Brightware. Ms. Smith has held several board appointments, received numerous accolades, including those for the rule management user interfaces for the Brightware and Firepond suits. She she has also published several books and numerous articles in the usability and user interface.