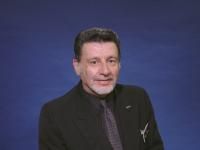 PROFESSIONAL PROFILE Over 25 years of progressively more responsible positions with outstanding managerial and employee performance across the following key areas: Research and Development, with emphasis on Human actors and Performance Education and Training: Design, Delivery, Assessment and Administration Organizational Development: Personnel Psychology with emphasis on Selection and Assessment; Employee/Management Training and Development. Ron is an aviation psychologist whose final FAA post (2002-1/2004) was as the FAA liaison, and visiting professor in Human Factors and Systems, at Embry-Riddle Aeronautical University (ERAU), FL. Prior to that, he spent 2 years as the FAA liaison to the USAF Research Labs and the USAF Aeronautical Systems Center at WPAFB. At that time, he also was a visiting professor, with dual appointments in Aviation and Systems Engineering, at The Ohio State University. Dr. Lofaro went to Ohio in late 1999 from the FAA's Technical Center where he was a manager in the FAA's Airworthiness Assurance R&D Division. Ron had gone to the FAA\'s Technical Center in 1993, from FAA HQ in D.C., where he was project manager on a variety of R&D efforts focused on human factors in flight crew training, performance and assessment as well as ATCS selection. He worked on numerous major projects with NASA, USN, USAF, and various Universities. While at FAA HQ, Ron was name-requested to give some 10 short-courses/seminars for Industry and various federal government agencies, in (flight) crew resource management, aeronautical decision-making and aviation safety. Ron came to the FAA from the Army Aviation Command, where his 5-plus year stint included R&D in pilot air-to-air combat training, pilot selection and, pilot performance assessment. During his time with Army Aviation, he spent a year as a Board member of an Army Safety Center\" go-team\" for Class A aviation accident investigation. He has currently had published/in print 70 articles and 3 book chapters on Aeronautical Decision-Making in the Operational environment (ODM); Crew Resource Management (CRM), Line Oriented Flight Training (LOFT); Aeronautical Decision Making (ADM); aviator selection and classification; Air Traffic Controller Specialist selection; aviation safety; aircrew/pilot training and performance evaluation; aviation security human factors; aviation maintenance human factors; maintenance resource management (MRM) training and various aspects of OD/OR. He has also published multiple articles on educational issues, to include both adult and special education. Ron was a USAF pilot in the early through middle 1960's. Upon completion of his tour of duty, he obtained a master's degree at Queens College of CUNY and another master's and his doctorate at NYU; he did extensive post-graduate work, some years later, in the psychology department of the University of North Florida; his focus was on personality/intellectual testing; individual and group therapy. In the 70's and early 80's, he spent 12 years as a University professor across a variety of institutions to include a HBCU before returning to the aviation field. During his 26 plus years in aviation, he has also been (and still is) an adjunct associate professor for ERAU, teaching at some 4 of their extended campus (now called World Wide) locations. In 2006, he was selected faculty of the year at NAS Pensacola. Ron has done consulting work for governmental organization and educational institutions in organizational behavior, management-employee relations and management/workforce training. Post Doctoral Two-year Program in psychological counseling; diagnostic assessment of both personality and intellectual functioning. University of North Florida, Jacksonville, FL Ph.D, Psychological and Philosophical Foundations New York University, New York, N.Y. MA Degree, Psychology Queens College of CUNY, New York, N.Y. MA Degree, Philosophy New York University, New York, N.Y. BS Degree, Mathematics Fordham University, New York, N.Y.