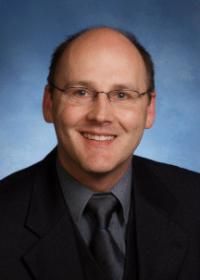 Dr. Martin Wessner studied computer science at the Darmstadt University of Technology (TU Darmstadt, 1986-1992, degree: Diplom-Informatiker). He also studied vocational pedagogics (1990-1997, degree: Magister Artium, M.A.). From 1992 till 1997 he worked as a research assistant at the Institute of Educational Science at the Aachen University of Technology (RWTH Aachen). He holds a PhD in Computer Science from TU Darmstadt (2004).

Dr. Martin Wessner serves regularly as program committee member or reviewer for national and international conferences in the fields of E-Learning, CSCL and CSCW. He is founding member and chair of the Special Interest Group on E-Learning of the German Informatics Society (GI) and initiator of the DeLFI conference series. He is an elected member of the scientific-technological council of Fraunhofer-Gesellschaft.