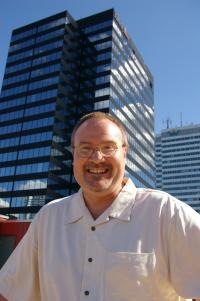 Konrad Morgan (b. 1962) PhD(Edin.), MBCS, MBPsS, CITP, is Dean of the School of Applied Media and Information Technology at the Northern Alberta Institute of Technology. Prior to this he was full professor of Human Computer Interaction and Director of the InterMedia research centre on Digital Learning and New Media at the University of Bergen, Norway. His research interests focus on understanding the human and social impact of information and communications technology (ICT). His scientific work includes a number of original contributions: The first empirical evaluations and explanations of why direct manipulation and graphical user interfaces are superior in usability terms; Some of the first explanations of gender differences and attitudes in ICT use; Revealing the role of personality types in computer based behavior and finally, the influence of early parental encouragement in later technology competence and attitudes.