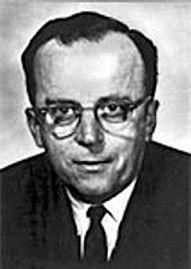 Joseph Carl Robnett Licklider (March 11, 1915 - June 26, 1990), known simply as J.C.R. or "Lick" was an American computer scientist, considered one of the most important figures in computer science and general computing history. He is particularly remembered as an Internet pioneer, with an early vision of a world-wide computer network long before it was built.