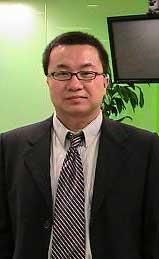 Heshan Sun is an assistant professor at the School of Information Resources and Library Science at the University of Arizona. He is also the faculty member of the Cognitive Science Program. Heshan got his PhD degree in Information Science and Technology (with the Doctoral Prize) from Syracuse University in 2007. He also holds a Masters Degree in Information Science from Peking University (Beijing, China, 2002), and a Bachelor Degree in International Economy / Trade from the School of International Business at Nankai University (Tianjin, China, 1999). He worked in the e-commerce consulting industry for one year. His research interests include human-computer interface, user adoption and continued use of technology , e-commerce (trust and relationship quality), and statistics and quantitative methods, among others. His research has been published (or will appear) in journals such as the MIS Quarterly (MISQ), Journal of the Association for Information Systems (JAIS), Journal of the American Society for Information Science and Technology(JASIST), AIS Transactions on Human-Computer Interaction (THCI), Communications of the Association for Information Systems (CAIS), International Journal of Human-Computer Studies (IJHCS), Journal of Information Technology Theory and Application (JITTA), and International Journal of Human-Computer Interaction (IJHCI), and proceedings of ICIS (2008, 2010), AMCIS (2003,2005, 2007), HICSS (2004, 2006), PACIS (2008) and the Pre-ICIS MIS/HCI Workshop (2004, 2005, 2006). He also published three book chapters and one monograph. Heshan is an associate editor of the AIS Transactions on Human-Computer Interaction (THCI). He received the Best Paper Award from the 3rd Pre-ICIS MIS/HCI Workshop (2004) and Best Reviewer Award from the DIGIT Workshop (2009). He was also a nominee for the Best Paper Award at the Pacific Asia Conference on Information Systems 2008 (PACIS) and the Best Reviewer Award at the Pre-ICIS HCI Workshop (2007 and 2009). Heshan was recently recognized in a bibliometric study as one of the most prolific authors in HCI research for the period of 2003-2008 (Link). He is also on the "Top 100 Ranking of Researchers" (three year ranking, five year ranking).