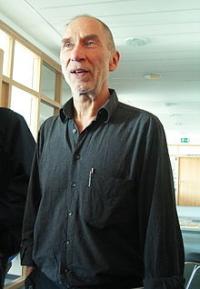 He has taught in Stuttgart, Toronto and Vancouver, and has been in Bremen since 1972. He specializes in interactive computer graphics, digital media, computer art, and semiotics. He has been a visiting professor at Universitetet Oslo, Aarhus Universitet, Universität Wien, University of Colorado at Boulder.

He was one of the first to exhibit digital computer art in 1965 (Galerie Wendelin Niedlich, Stuttgart). In the same year, other exhibitions were staged by Georg Nees in Stuttgart and A. Michael Noll in New York. Nake, Nees and Noll are generally recognized as pioneers of computer art, and in this context are sometimes called the three big 'N's.
He also was one of the first to analyze links between aesthetics and information theory. His book Ästhetik als Informationsverarbeitung (1974) is one of the first in this field, and greatly helped to promote research on the borderline between science and art.