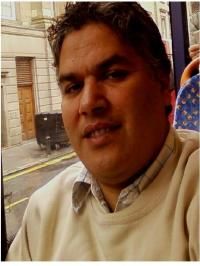 My main research interesting in the area: Am working on interface designs for dynamic situated displays that are meant to support a large crowd of people in a variety of tasks. The application scenario am screeching is how to help pilgrims to Mecca to perform various rites during their visit to Mecca.
So far, I have designed three examples systems and evaluated them through a large scale of user study. The first study was how pilgrims perform Tawaf pillar via dynamic display, the second study was investigated how people can understand and use augmented display that supported by novel techniques to find their destinations throughout their navigation in unfamiliar environment without requiring them to carry personal devices. The third one was how people can find each other in crowded situations via public display (dynamic and static), we used Mecca as example. Currently I am in writing my thesis at the moment.