The Membership Certificate below verifies that Eric L. Reiss is a member of Interaction Design Foundation. 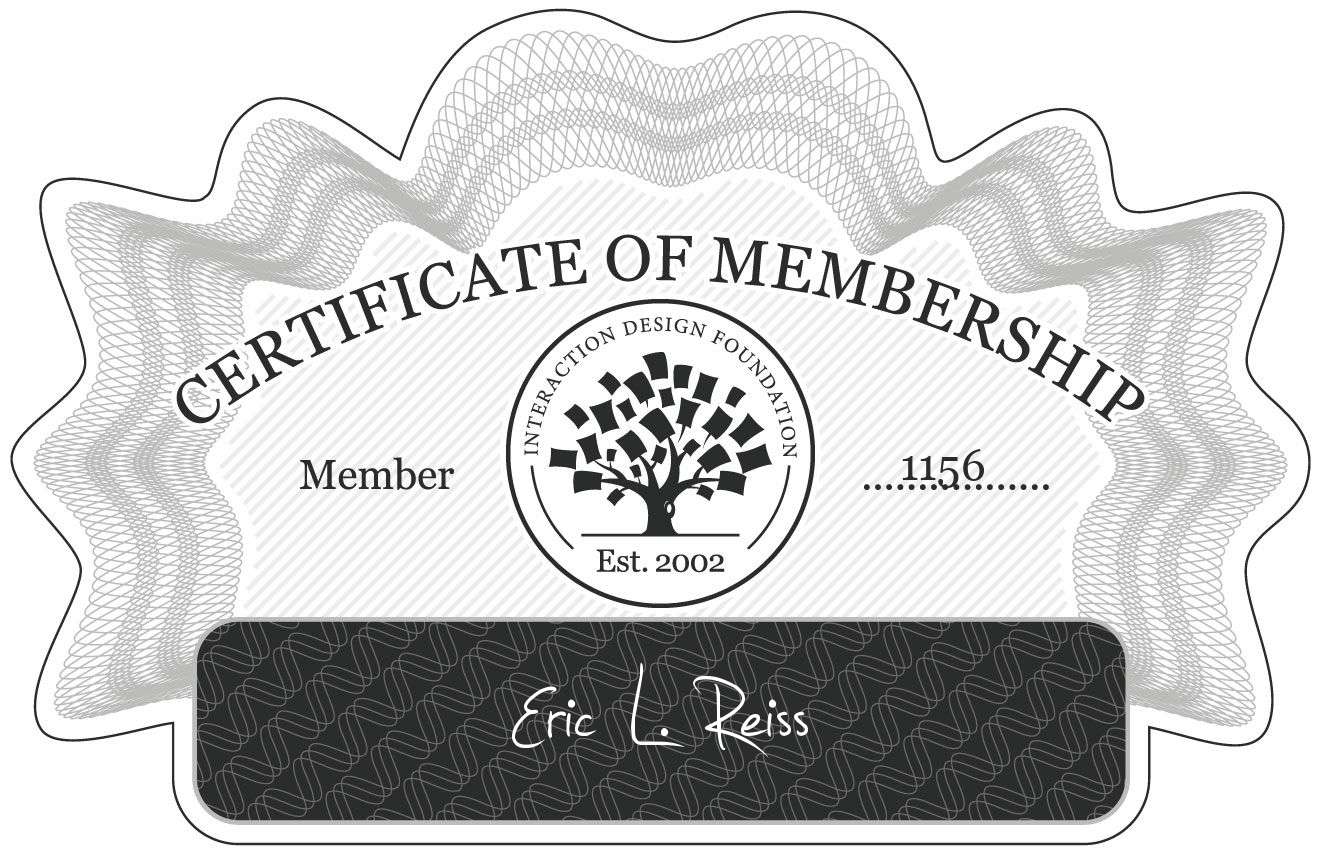 With 93,219 graduates, the Interaction Design Foundation is the biggest online design school globally. We were founded in 2002. Every member is awarded a Course Certificate (with its own unique permanent URL) once they complete a course with us.

Eric L. Reiss
Denmark
Eric Reiss has been meddling with multimedia and web projects for longer than he cares to remember. Born in San Antonio, Texas, in 1954, Eric Reiss has held a wide range of eclectic jobs including ragtime piano player (in a St. Louis house of ill-repute), senior copywriter (in an ad-house of ill-repute). In November, 2000, his book, Practical Information Architecture was published by Addison-Wesley/Pearson Education. In 2002, it became available in both Japanese and Korean. Eric is also the creator of Web Dogma '06 and is one of the instigators of the IA Slam. He is a former two-term president of the Information Architecture Institute, is Chair of the EuroIA Summit, sits on the Advisory Board of the Copenhagen Business School and is Professor of Usability and Design at IE Business School in Madrid, Spain. Eric is CEO of the FatDUX Group, headquartered in Copenhagen, Denmark, with offices and representatives throughout Europe and North America.
View profile