The Membership Certificate below verifies that Steve Mann is a member of Interaction Design Foundation. 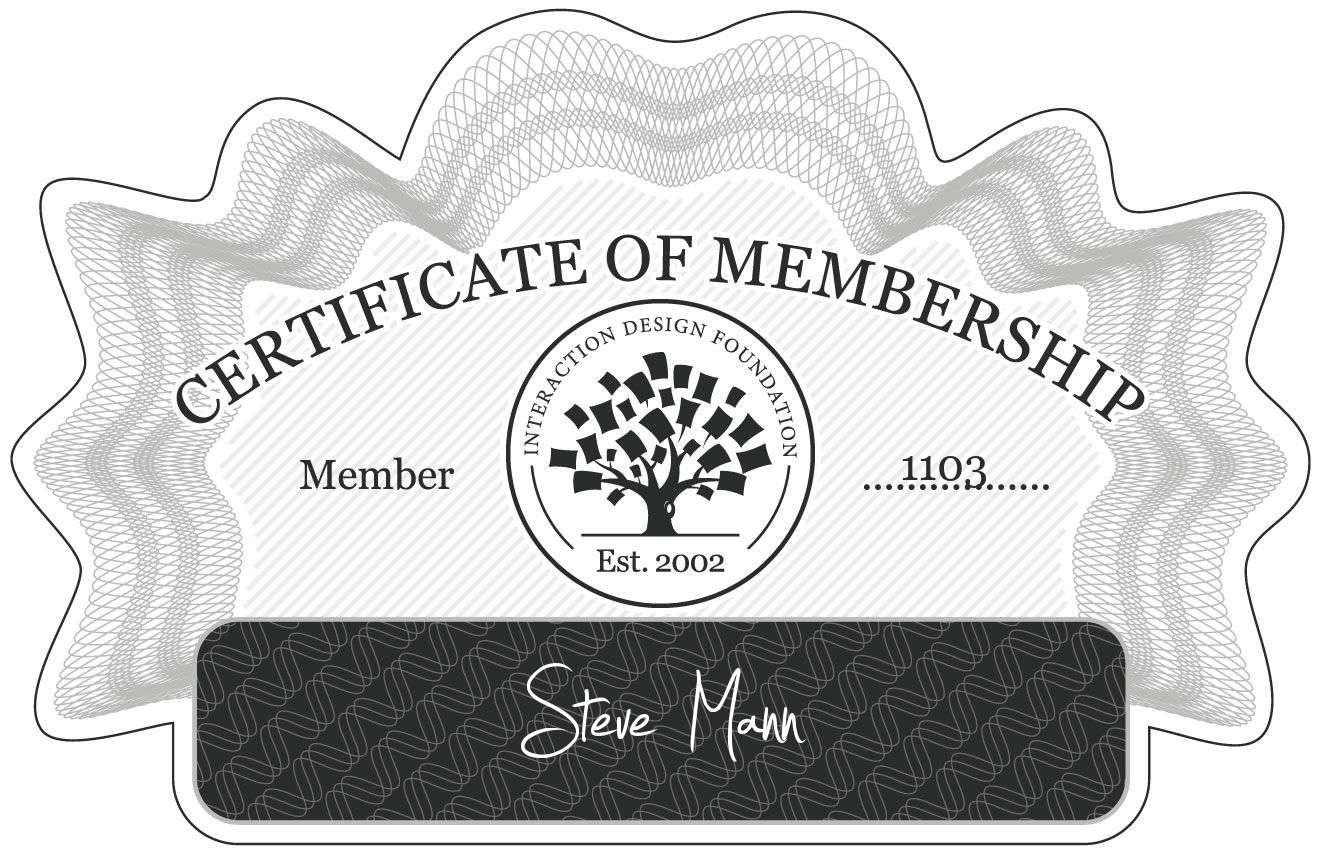 With 93,230 graduates, the Interaction Design Foundation is the biggest online design school globally. We were founded in 2002. Every member is awarded a Course Certificate (with its own unique permanent URL) once they complete a course with us.

Steve Mann
Professor of Electrical and Computer Engineering at University of Toronto
Canada
Steven Mann is a tenured professor at the Department of Electrical and Computer Engineering at the University of Toronto. Mann holds degrees from the Massachusetts Institute of Technology (PhD in Media Arts and Sciences '97) and McMaster University, where he was also inducted into the McMaster University Alumni Hall of Fame, Alumni Gallery, 2004, in recognition of his career as an inventor and teacher. While at MIT he was one of the founding members of the Wearable Computers group in the Media Lab. In 2004 he was named the recipient of the 2004 Leonardo Award for Excellence for his article "Existential Technology," published in Leonardo 36:1.
View profile