In 1952, Paul MacLean introduced the term 'limbic system', which refers to the interconnected brain structures responsible for much of our emotional experience. MacLean's recognition of the limbic system as an important and functional set of connected structures perhaps represents his most prominent contribution to the field of neuroscience. Within MacLean's Triune brain model, the limbic system is considered to be the 'emotional' brain, as the component structures have been shown to display high levels of neural activity during emotional experiences. The triune brain model is based on an evolutionary view of human brain development, and MacLean proposed that the limbic system was 'acquired' at an early stage in mammalian evolution. This development was particularly important to human evolution, as the limbic system is implicated in the motivation and emotion required for feeding activities, reproductive behavior, and parental behavior.

The role of the paleomammalian/emotional brain

The emotional brain is also referred to as the paleomammalian brain, due to the development of the component brain structures occurring early in the evolution of man. The paleomammalian brain is not only important due to the role it plays in emotion and motivation; this brain structure is also responsible for enhancing learning and memory, providing greater flexibility in our behavior, and enabling us to monitor events outside and inside our bodies, which is an essential quality for the development of the 'self'. Other mental activities attributed to paleomammalian brain functioning include the formation of emotional attachments and play-based behavior, which itself plays an integral part in the transmission of behavior between young and adult mammals.

The amygdala and the affective system

Within the limbic system sits the amygdala, which has been shown to control our instantaneous emotional responses. The amygdala is, therefore, likely to represent the brain region in charge of the affective system, which is responsible for many of our judgments, such as discerning between good and bad, safe and threatening, and friend and foe.

One further, important responsibility of the amygdale (plural of amygdala, as we have two), is to help us identify facial expressions. We use facial expression information to make the value judgment of friend or foe, and this value judgment is also important to consumer and user behavior, where faces are often used to engender positive feelings. As the amygdala is in charge of our judgmental system, it helps us determine which brands, products and sites we can trust and which ones are threatening or of no use to us.

The role of the thalamus in the emotional brain

The thalamus is another region of the brain implicated in the limbic system; this structure is found at the heart of the forebrain and is responsible for emotion processing, such as fear, sadness, disgust, happiness, and pleasure. The thalamus plays an essential role in sensory processing; all sensory input, other than olfactory information, is processed in this region of brain, hence the nickname 'Grand Central Station'.

The role of Ventral Tegmentum in the emotional brain

Located within the midbrain, the ventral tegmentum (VTA) is important in cognition, motivation, intense emotional responses related to love, and our sense of natural reward. The VTA is responsible for processing emotional output from the amygdale, and is, therefore, thought to play an integral role in our avoidance and fear response. Much of the activity that occurs in the VTA takes place unconsciously, and it is this region of the brain that determines much of our impulsive behavior. The VTA contains dopaminergic neurons, which release dopamine when stimulated by sensory information. This biological response reinforces the impulsive actions, such as buying food that is bad for us, that excite the dopaminergic neurons, which creates what we refer to as the reward system (i.e. the dopamine reward circuit).

The emotional brain represents one of the 'three brains' proposed by neuroscientist Paul MacLean in his 'Triune Brain' model. MacLean referred to the limbic system, which is largely in control of the human emotional response, as the paleomammalian brain. This region is thought to have developed some time after the 'reptilian', or primal, brain. The component structures that make up the paleomammalian brain include the amygdale, the thalamus, and the ventral tegmental area (VTA). Each of these regions plays an integral role in our emotional response to sensory stimulation. One of the primary functions of the paleomammalian brain is to help us distinguish between positive and negative things in our environment: good from bad. This overall system is also in charge of the natural reward circuit, where dopamine is released following sensory stimulation, which reinforces positive experiences, such as impulsive buying of clothes, food, etc. Given this, we have a powerfully accurate 'road map' to work from in our design considerations.

References and where to learn more 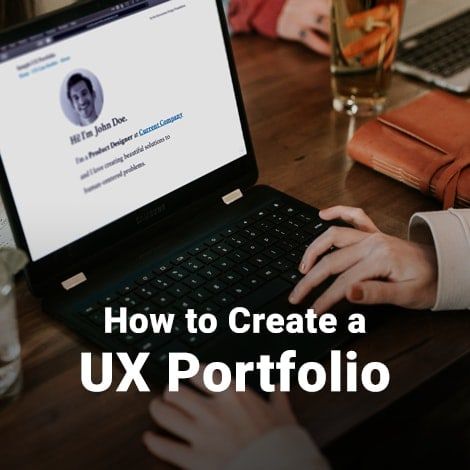 Neuroscience has offered many important insights into both the structure and function of the human brain. One of the most well-known models of brain structure, and how it relates to function, was provided by neuroscientist Paul MacLean, whose 'Triune Brain' model is based on three dominant structures in the human brain. These three structures ar...

The things we use and consume may satisfy the first four levels of needs in Maslow's hierarchy of needs, but they will never provide us with the characteristics, outlined below, which help us identify the attainment of self-actualization. Take all the safety, love, etc. you like; for all their importance, they don’t complete the jigsaw that make...

Emotional design is a big buzz word within the UX community. Designs which tap into the user’s emotions are considered to do more than just respond to their stated needs and provide a greater level of user experience. One way of understanding emotions is Plutchik’s Wheel of Emotions – this may help you deliver better experiences to your users wh...

In the human mind there are numerous areas responsible for what we refer to as emotion; collectively, these regions comprise the emotional system. Don Norman proposes the emotional system consists of three different, yet interconnected levels, each of which influences our experience of the world in a particular way. The three levels are visceral...

In the 1960s, American neuroscientist Paul MacLean formulated the 'Triune Brain' model, which is based on the division of the human brain into three distinct regions. MacLean's model suggests the human brain is organized into a hierarchy, which itself is based on an evolutionary view of brain development. The three regions are as follows: Re...

Learn to prevent negative emotions in the user experience of your product. As a User Experience (UX) designer, you want users to enjoy using your product by eliminating negative experiences and inducing positive emotion in your users. This article will teach you how to prevent anger and frustration from your users as you design the optimal user ...

Esteem needs encompass confidence, strength, self-belief, personal and social acceptance, and respect from others. These needs are represented as one of the key stages in achieving contentedness or self-actualization. While esteem is an internal quality, we are affected by external factors, such as validation and approval from our peers. There a...

“Few products become iconic in people's lives in the way that, say, the Sony® Walkman® did. The iPod is quickly ascending to that status. Clearly there are some products that stand little chance of ever becoming symbolic in people's lives-like Ethernet routers, for instance—no matter how wonderful they look or well they behave. However, when the...

There are many different conceptual models of the brain. It’s important to note that many of them lack any scientific basis – this does not, however, negate the fundamental importance of these models. They are not there to “prove” anything but rather to stimulate creative thought as to how designers (and others) may offer all round stimulation o...