The Membership Certificate below verifies that Bill Buxton is a member of Interaction Design Foundation. 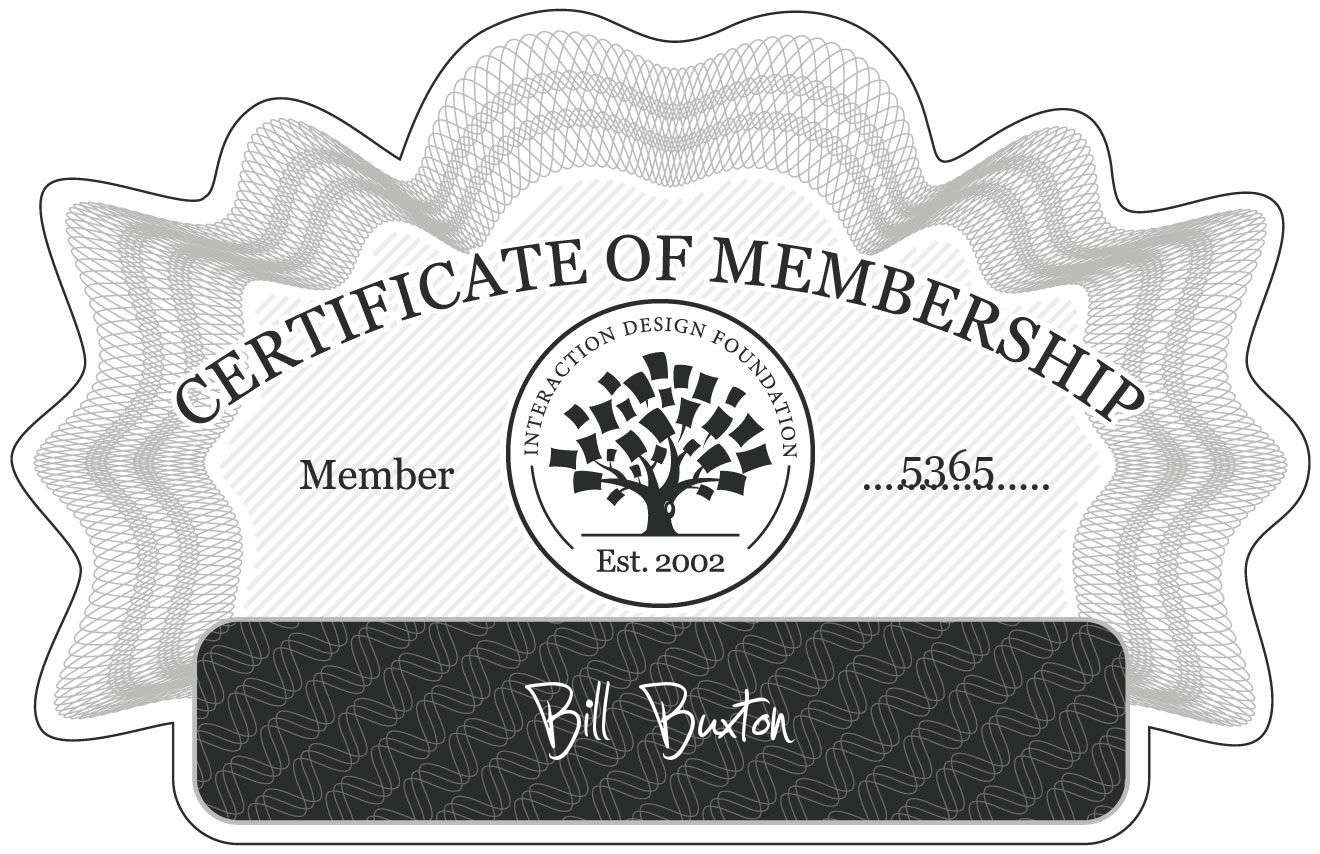 With 98,859 graduates, the Interaction Design Foundation is the biggest online design school globally. We were founded in 2002. Every member is awarded a Course Certificate (with its own unique permanent URL) once they complete a course with us.

Bill Buxton
Principal Researcher at Microsoft
Toronto Canada
Bill Buxton is an interaction designer and researcher. He is Principal Researcher at Microsoft Research and prior to that, he was Principal of his own Toronto-based boutique design and consulting firm, Buxton Design. Bill is one of the pioneers in computer music, and has played an important role in the development of computer-based tools for film, industrial design, graphics and animation.As a researcher, he has had a long history with Xerox' Palo Alto Research Center and the University of Toronto (where he is still an Associate Professor in the Department of Computer Science, and Visiting Professor at the Knowledge Media Design Institute). During the fall of 2004, he was a lecturer in the Department of Industrial Design at the Ontario College of Art and Design, and during the Spring of 2005, he was a Visiting Scientist at Microsoft Research, Cambridge.From 1994 until December 2002, he was Chief Scientist of Alias|Wavefront, and from 1995, its parent company SGI Inc. In 2001, the Hollywood Reporter named him one of the 10 most influential innovators in Hollywood. In 2002 Time Magazine named him one of the top 5 designers in Canada, and he was elected to the ACM's CHI Academy.
View profile